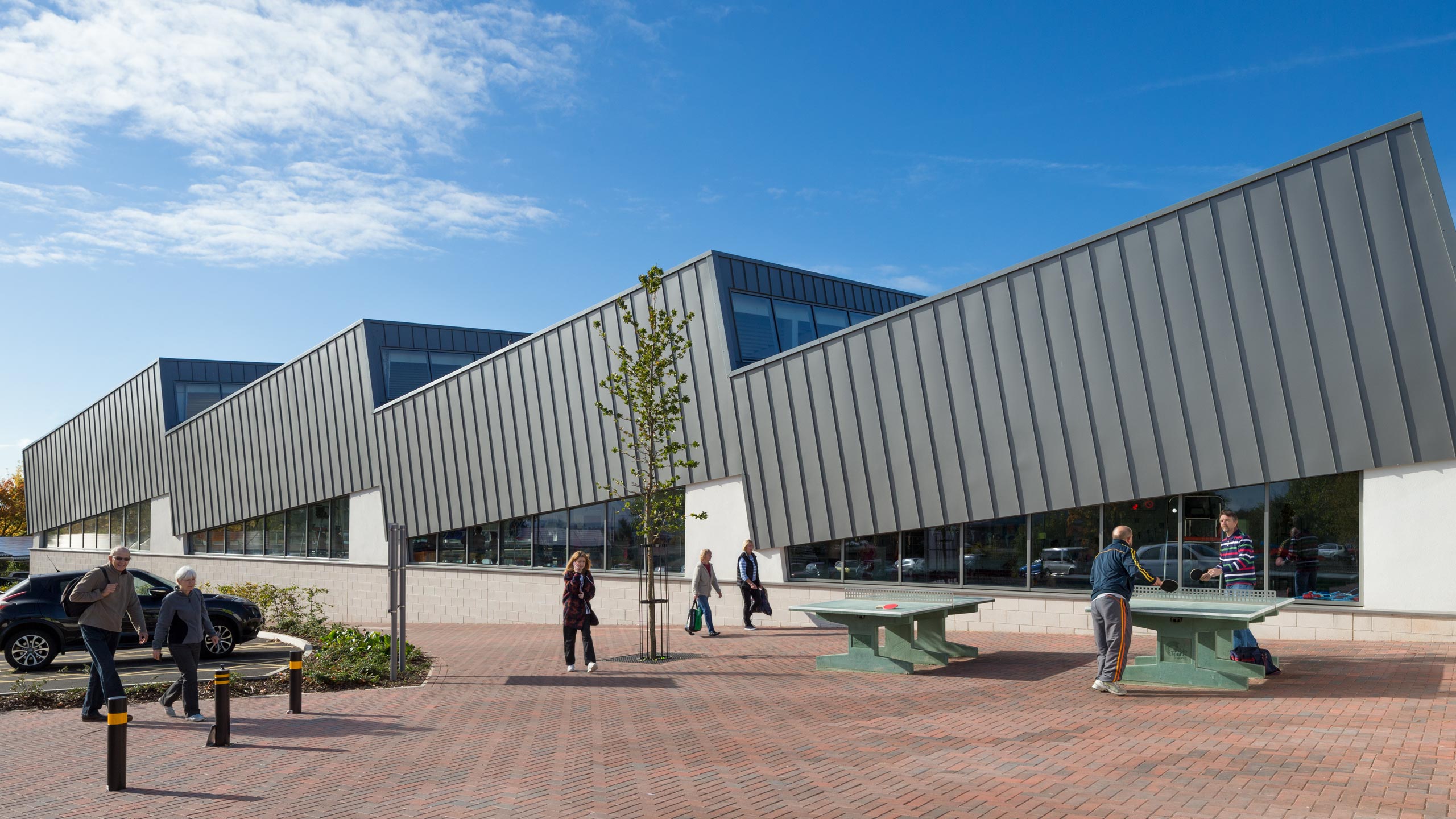 The redevelopment of Harvey Hadden Sports Village is the jewel in the crown of Nottingham City Council’s ten-year-long programme to upgrade and improve sports facilities across the city. Part-funded by Sport England – as one of its iconic facilities – the new centre is focused around the swimming pool, but also contains a sports hall, gym, squash courts, health suite, studios and changing rooms. The village also has football pitches, tennis courts, a cycling circuit and an athletics stadium.

The new pool hall was built adjacent to the existing leisure centre, and in its architectural aspiration satisfies the city’s ambition to provide the highest quality of sporting facility.

The pool can be configured from a 50m regional competition pool into two 25m community pools, with one of the largest moveable floors and traversable booms in the UK.

The roof design was derived from two ideas. The first was that the roof should be a clear span from the top of the spectator gallery to the pool surround on the opposite side; the second was to incorporate north-facing rooflights. These sections combine to create a three-dimensional form that slopes in two directions, letting abundant light into the pool hall and spanning 34 metres over the pool tank and spectator seating.

The external walls between the podium and the roof are a combination of solid render, metal rainscreen cladding and glazing, which is carefully shaded to avoid glare on the pool surface or overheating from too much sunlight entering the hall.

A key feature of the design is the absence of large air ducts that are normally needed to move air around. Instead, the air handling plant is located at the top of the roof to take advantage of the natural convection airflows that are generated within the pool hall. 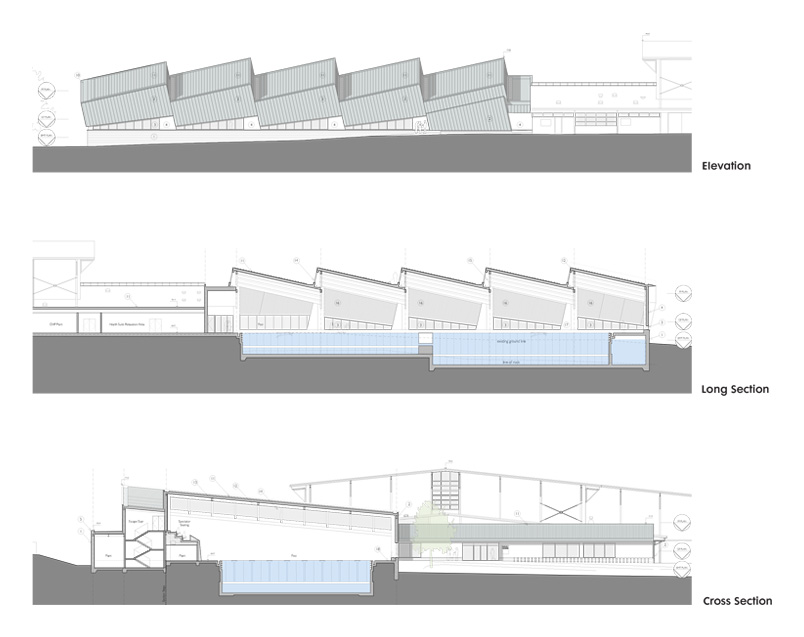 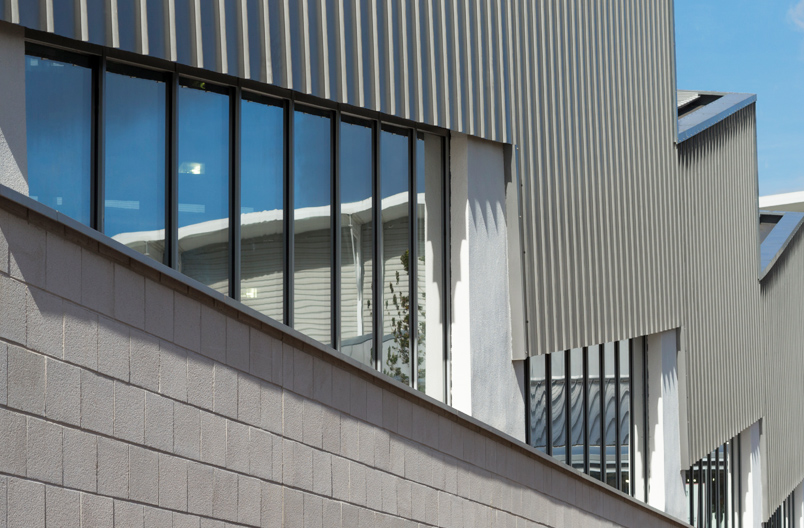 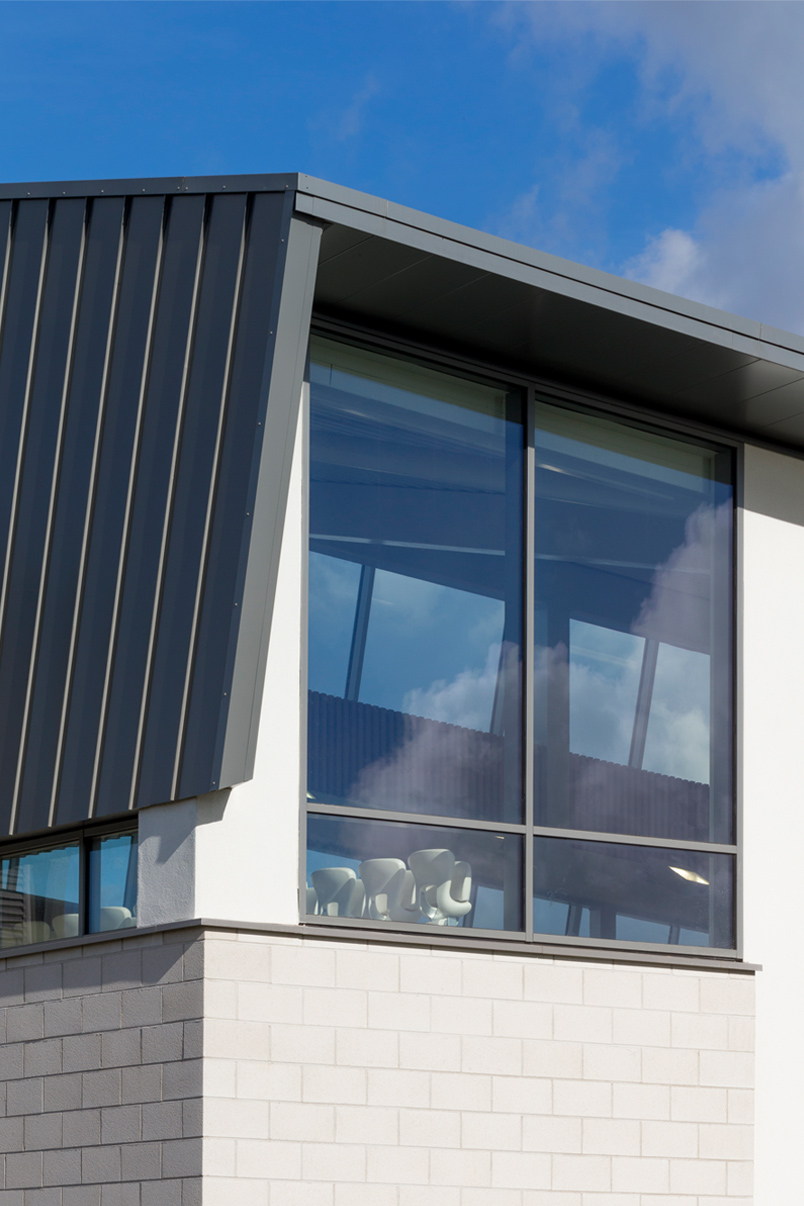 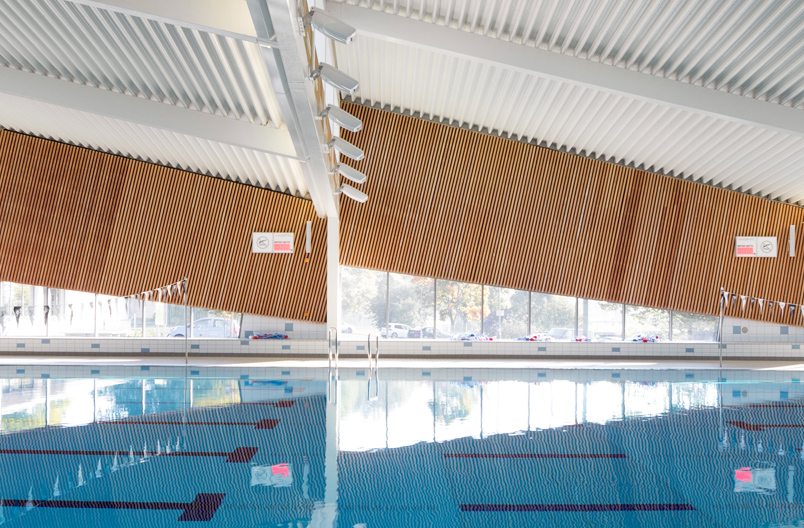 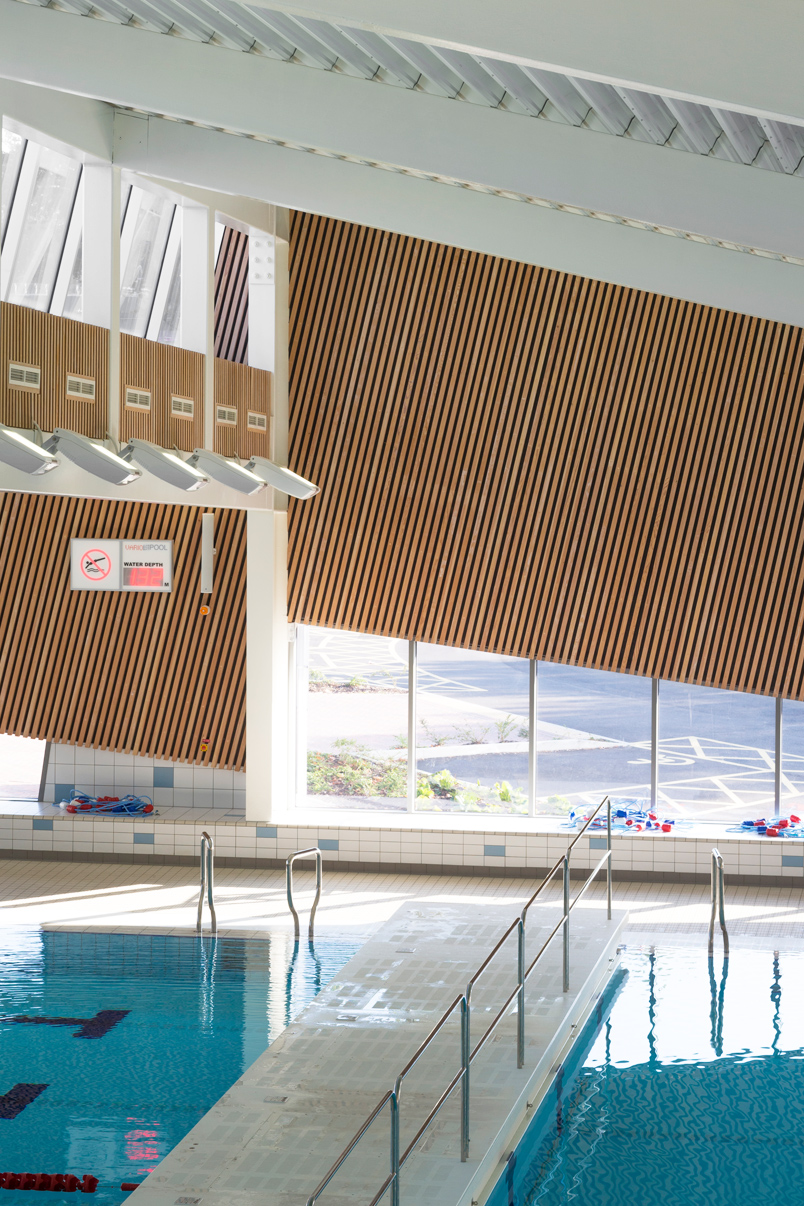 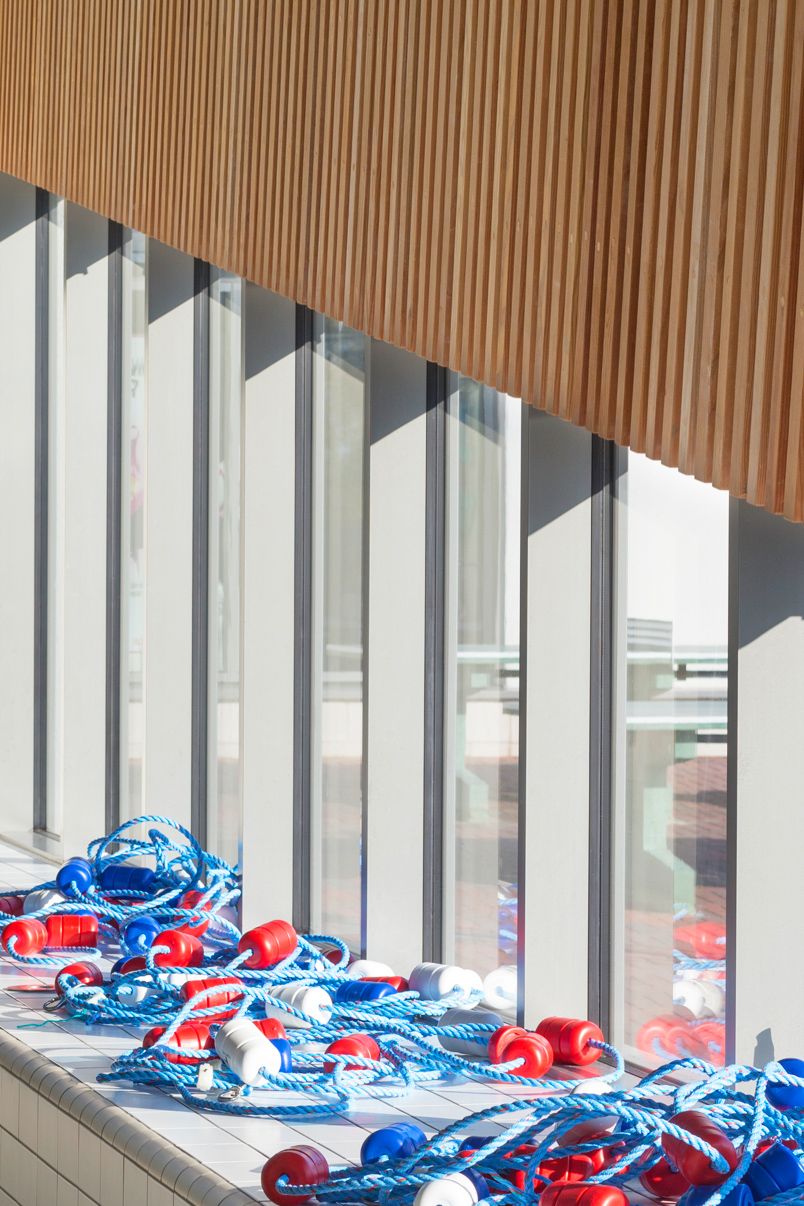 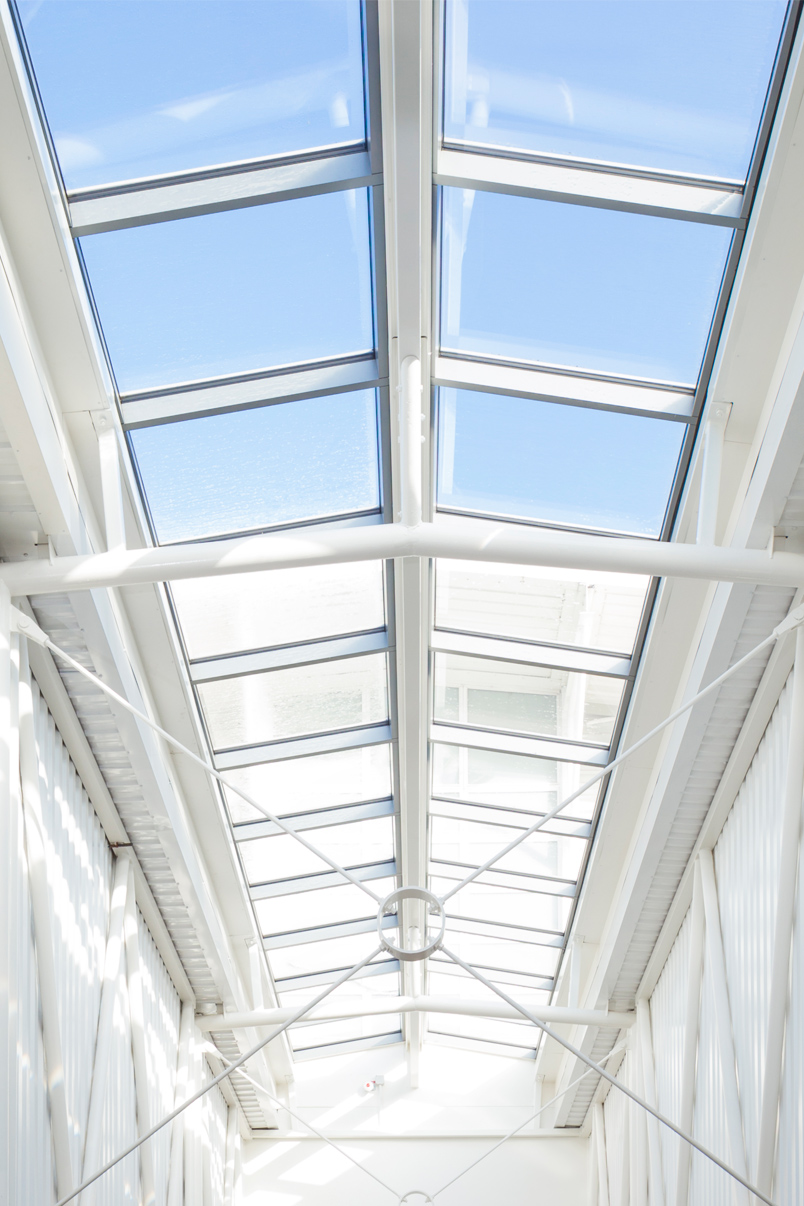