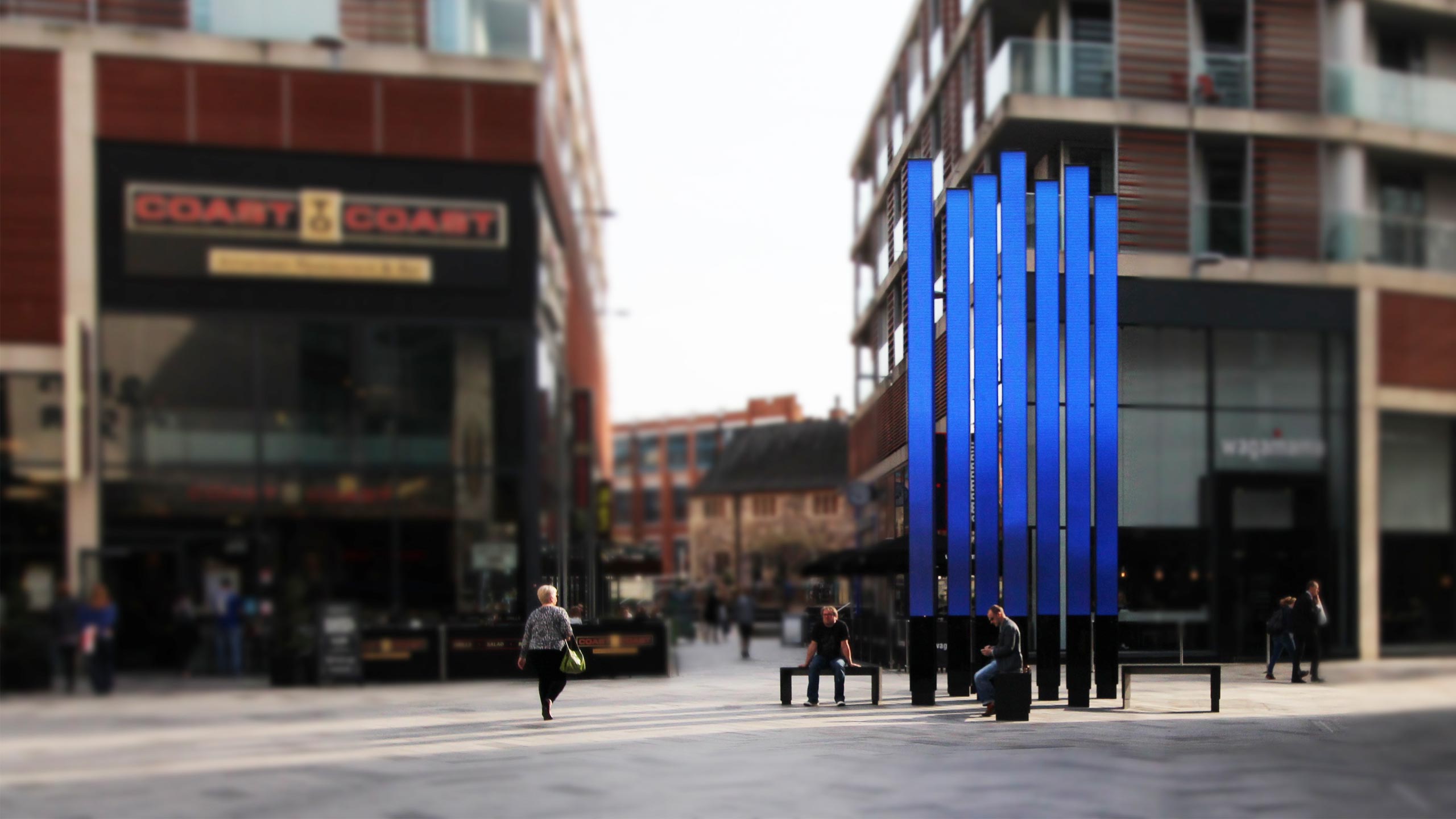 After an invited competition in April 2015, we were commissioned by Hammerson plc to ‘add vibrancy and relevance’ to St Peter’s Square, which lies at the heart of the Highcross Shopping Centre in Leicester. The brief was to find a way to activate the new urban square, creating a meeting place, making the most of the space and engaging shoppers and passers-by. We worked in collaboration with artist and designer Gabby Shawcross of Studio of Cinematic Architecture (SOCA).

A site assessment led to the realisation that a small area of the square was visible from all four approaches, and that focusing an installation on this footprint would leave room for events and gatherings to take place around it in the future. With the ground plane often obscured by people, the solution was to design a tall sculpture that would become a beacon, drawing people towards it and inviting them to engage with it.

The seven-totem design is visually and physically permeable; from most angles it is an abstract sculpture at the intersection of the four streets. But the separate columns cleverly line up, when viewed from certain angles, to create a flat plane. The digital displays – which wrap seamlessly around each column – will be lit up with interactive animations, specially commissioned artworks and one-off public events. Sensors also detect movement and weather conditions, translating them into images.

Four benches provide additional seating for the square, and complete the vision of a place to meet at, sit on, play in and look at. 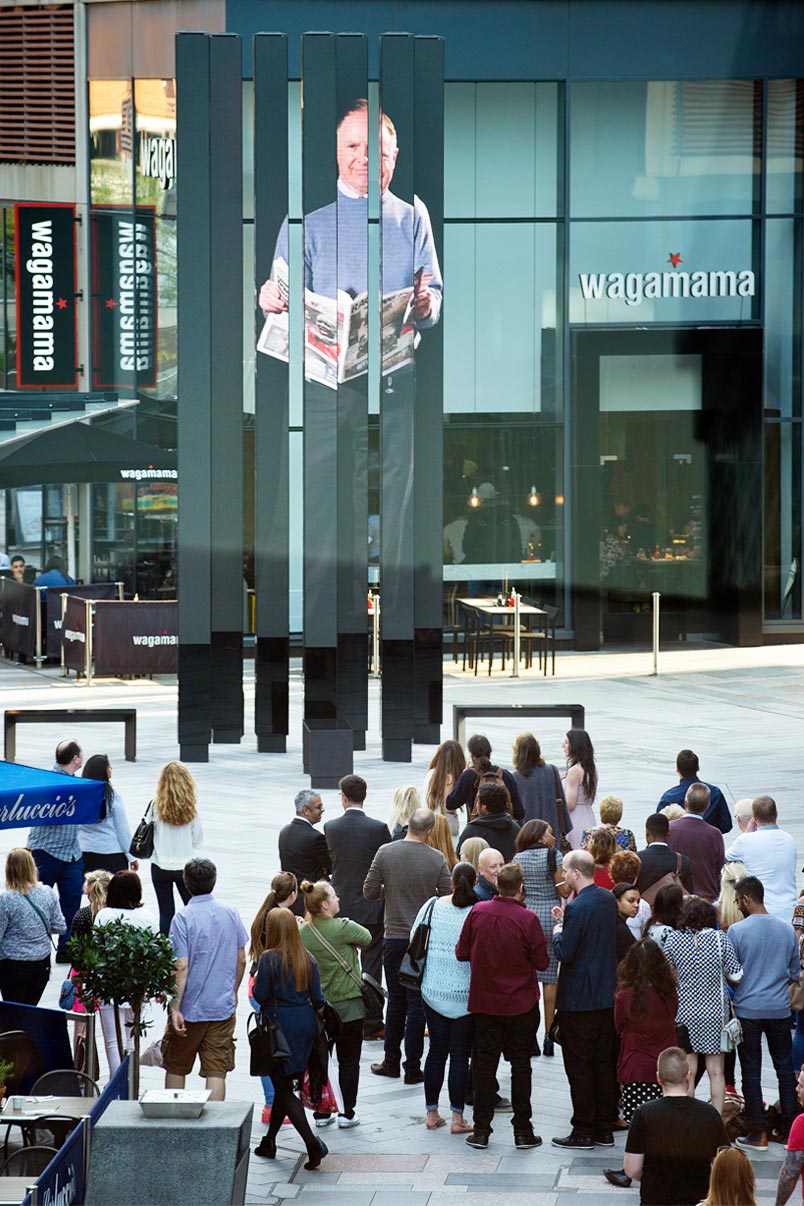 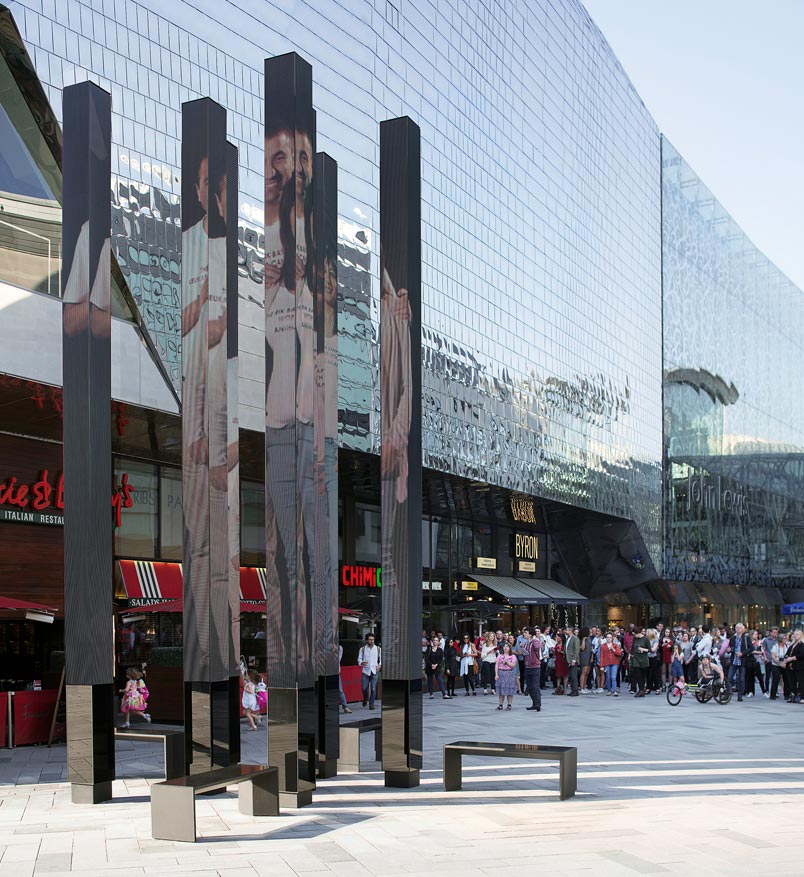 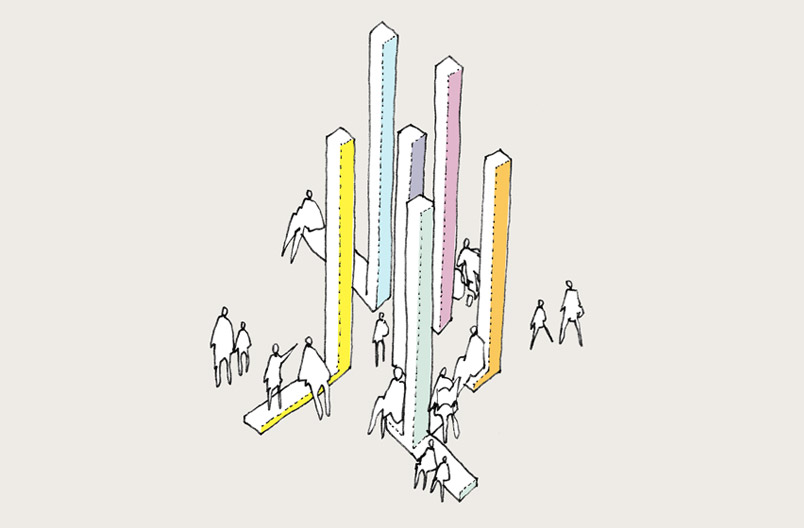 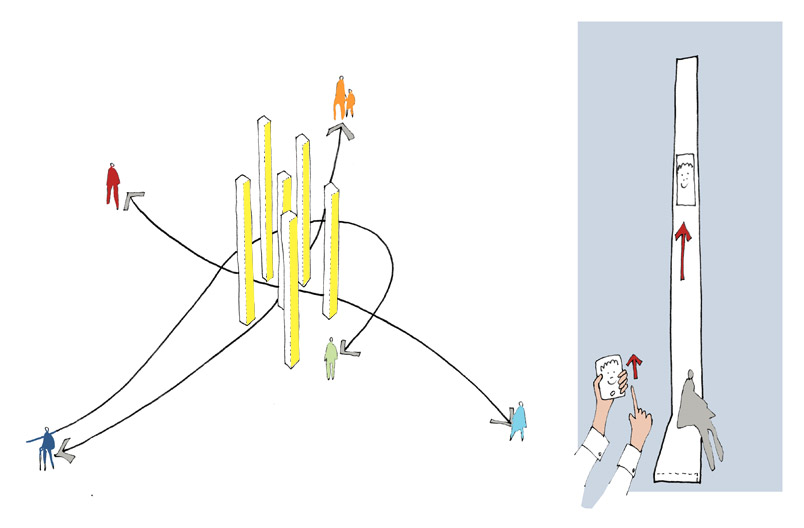 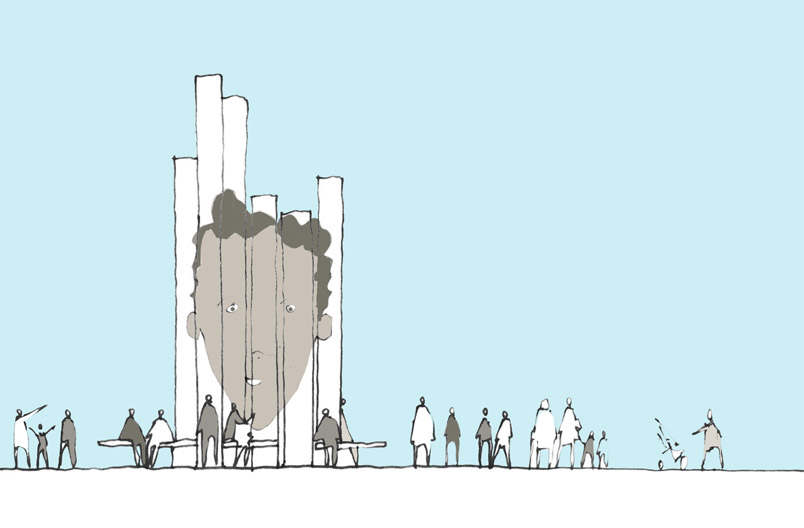 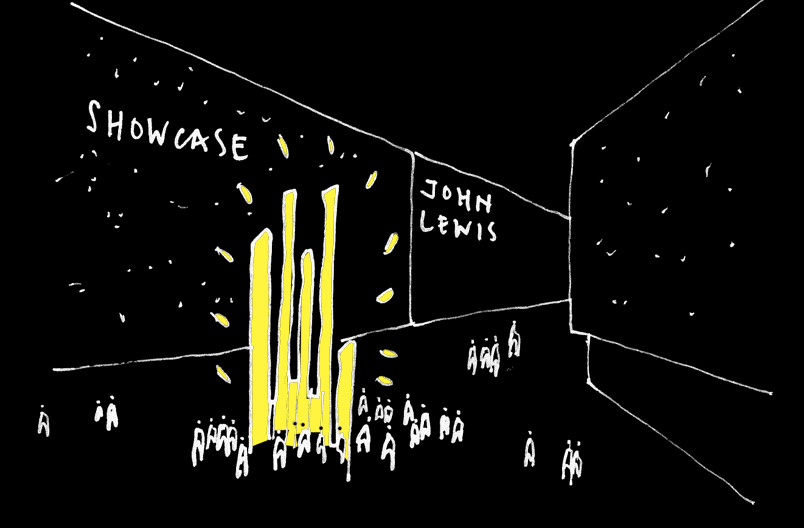 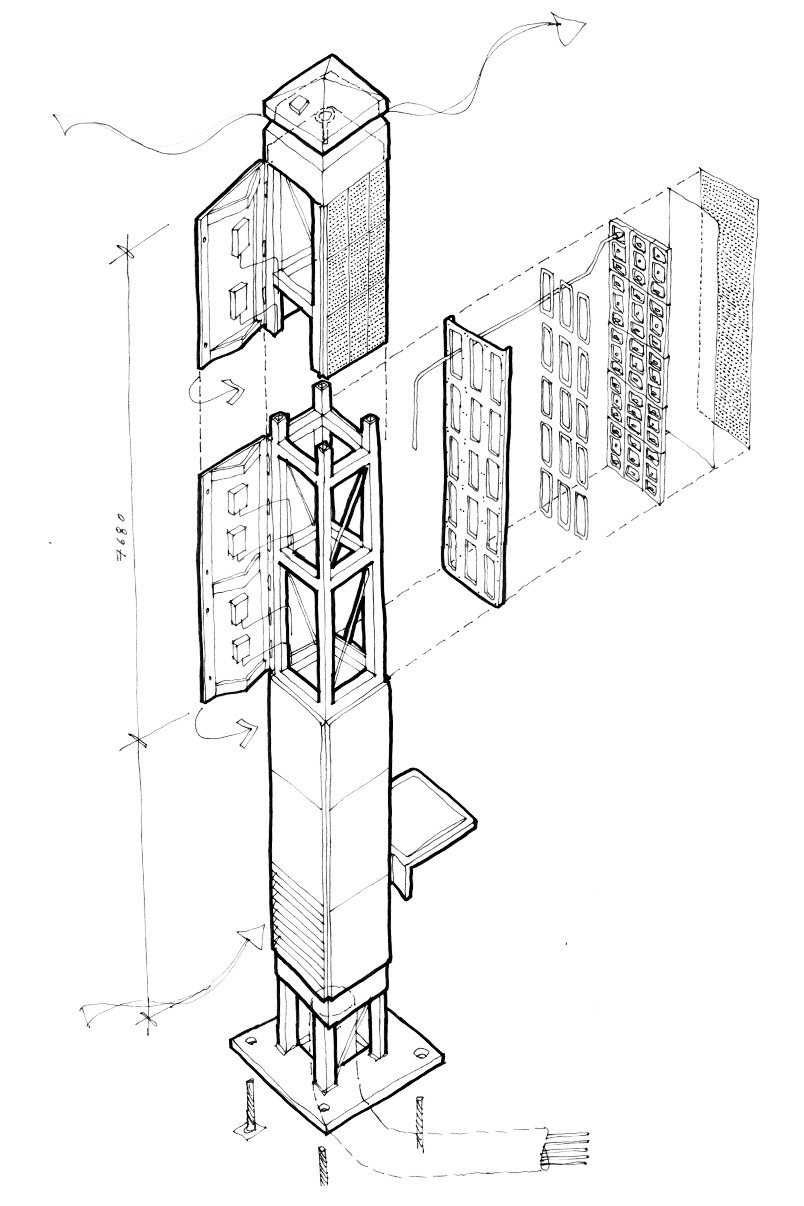 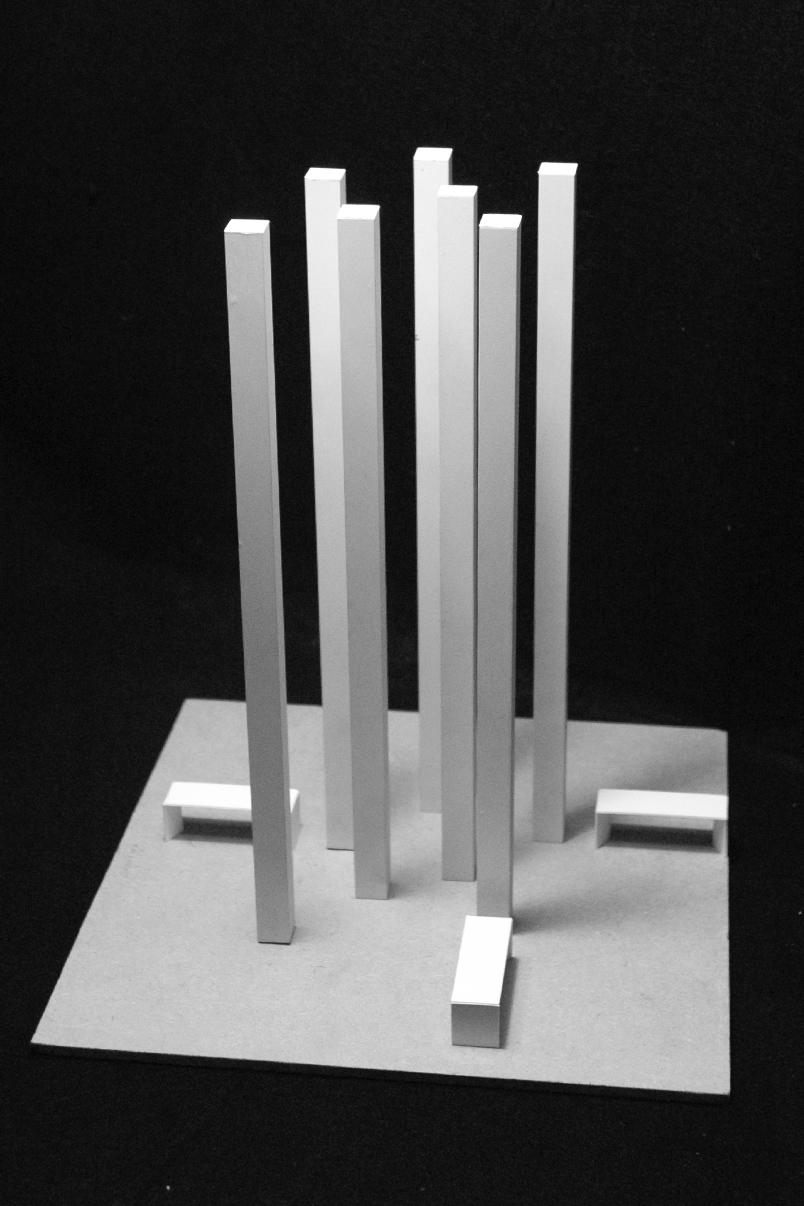 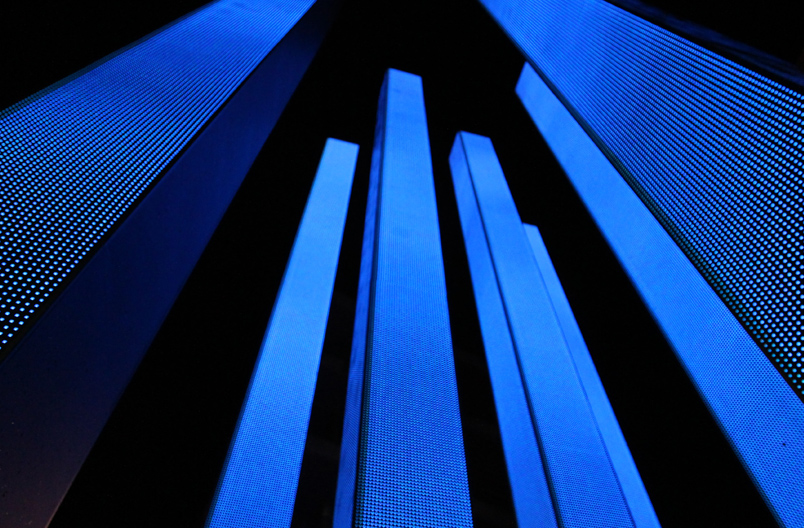