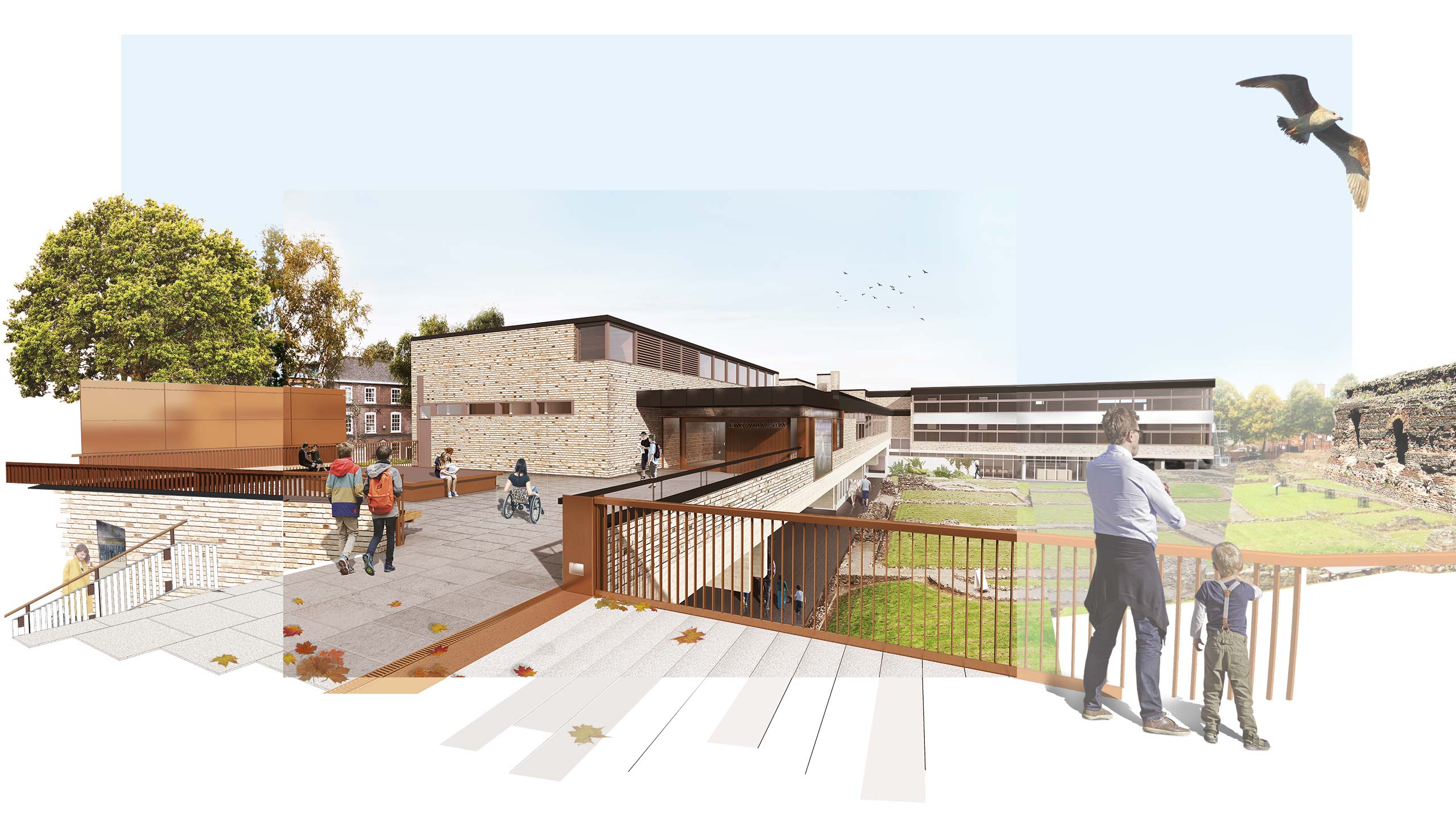 The grade 1 listed Jewry Wall is one of the largest upstanding civilian Roman remains in the UK, forming part of the remains of a larger bath complex. The Jewry Wall Museum sits within the lower ground floor of the grade II listed Vaughan College, designed by Trevor Dannatt RA and built in 1960-62 to frame and complement the Roman remains and to house both the museum and the University of Leicester college of adult education.

The building – no longer a college and now wholly owned by Leicester City Council – is now seeing significant investment from the council, keen to breathe life into one of the city’s most important historic landmarks.

The first phase of our work is a new walkway accessing the upper ground floor of Vaughan College and the prospect over the remains, which was a key feature of the building’s original design. This is coupled with a new lift and stair within the building that unites the currently separate floors.

In phase two we are extending and reimagining the museum within the Vaughan College building, to help create a world-class visitor centre that will showcase Leicester’s Roman history. 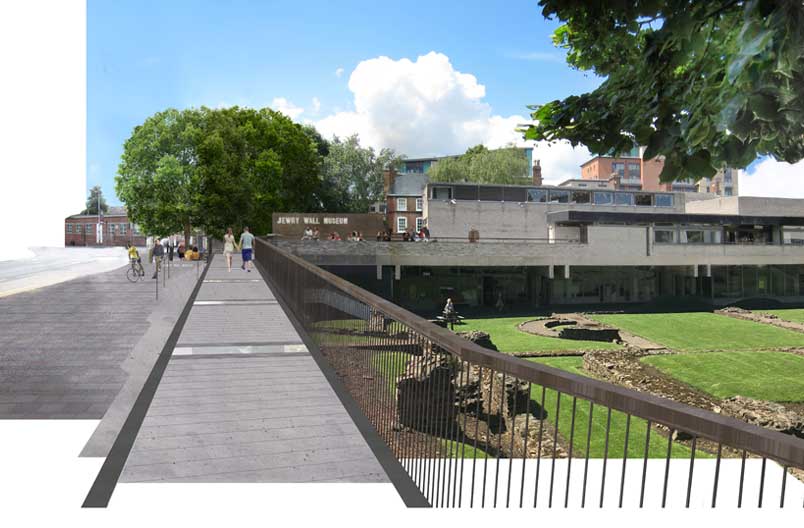 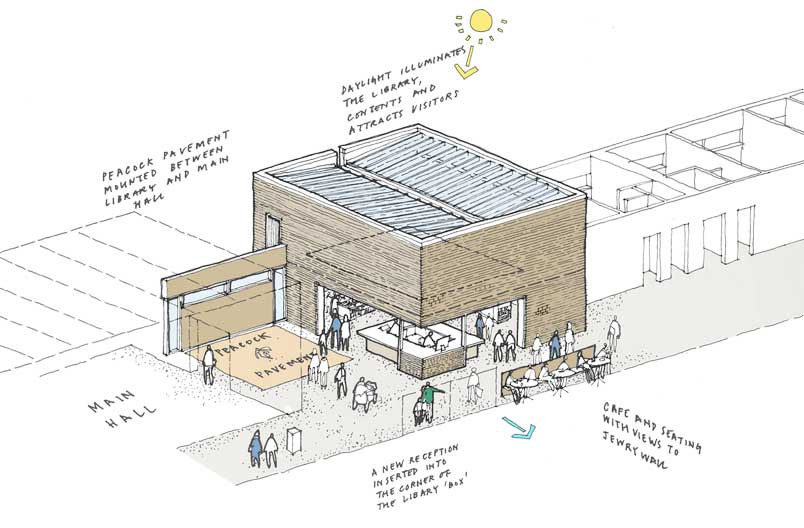 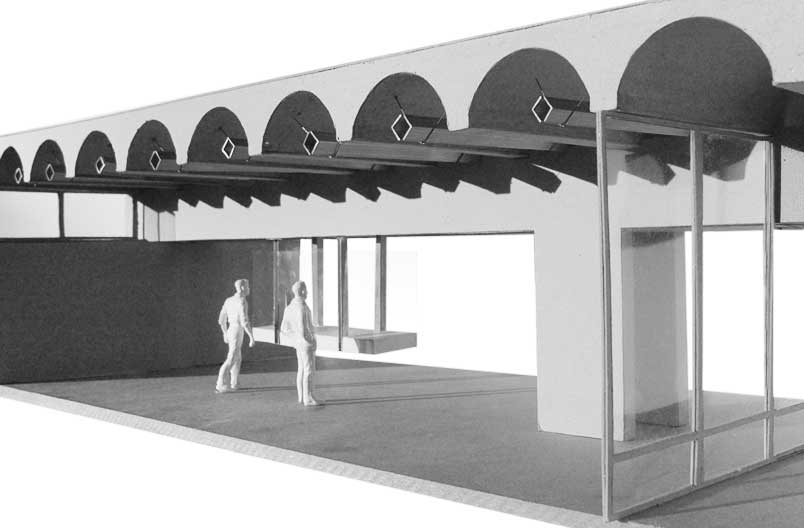