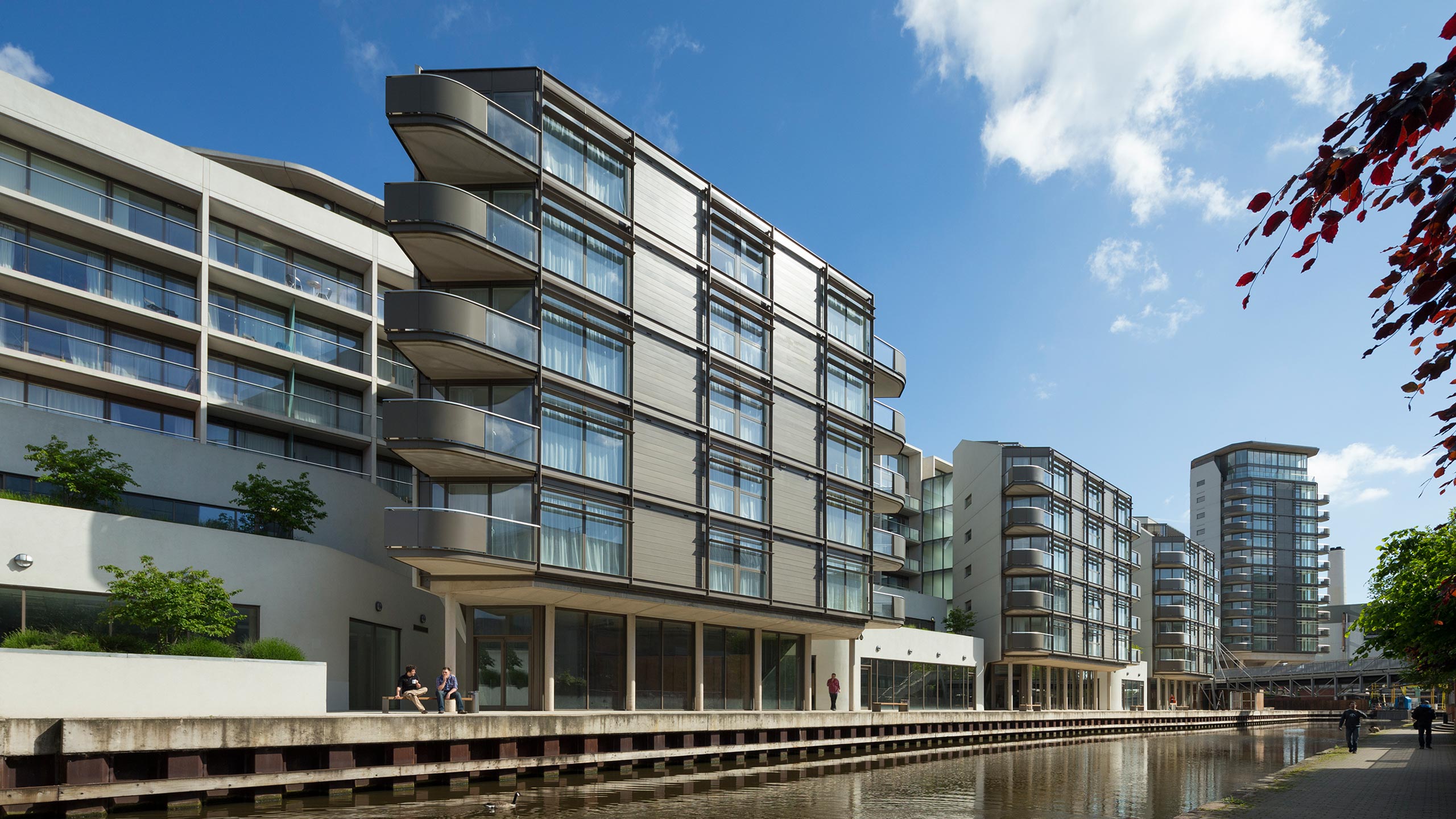 Nottingham One Apartments and Offices

As part of Nottingham City Council’s strategic vision for the city – initiated by local developer Southreef Developments, promoted by Nottingham Regeneration Ltd, built by Willmott Dixon and occupied by the Metropolitan Housing Trust – this development demonstrates what is possible when the ambitions of a broad range of stakeholders align.

Situated on a brownfield site between the Southside Regeneration Zone and the historic Lace Market Conservation Area, Nottingham One not only identifies a new place in the city, but also enhances the character of two distinctive urban conditions and the legibility of routes that connect them.

To the north, the 160-metre facade fills an extensive gap in the streetscape, while to the south, a more varied series of balconies, pavilions and terraces combine to create a peaceful canalside setting. Marked on the skyline by a fourteen-storey tower, a new public space has been created, accessed by an existing service bridge and open to pedestrians.

Early studies identified the efficiency of a single range of residential accommodation, set above double-height dual aspect commercial units. Three freestanding lift pavilions serve as gatehouses for all residents, angled to maintain light and views. They also mediate the dramatic shifts in scale between the waterside terraces, main accommodation building and tower, which rises above a distinctive cantilever, maintaining access to the district heating pipes that provide all of the residents heating and hot water.

Performing its principal role as a home to over 400 people, Nottingham One provides 100 affordable homes and 136 private units. Fully occupied, the development serves as an example of how high-density urban housing can be provided in the city, given the right ambition. 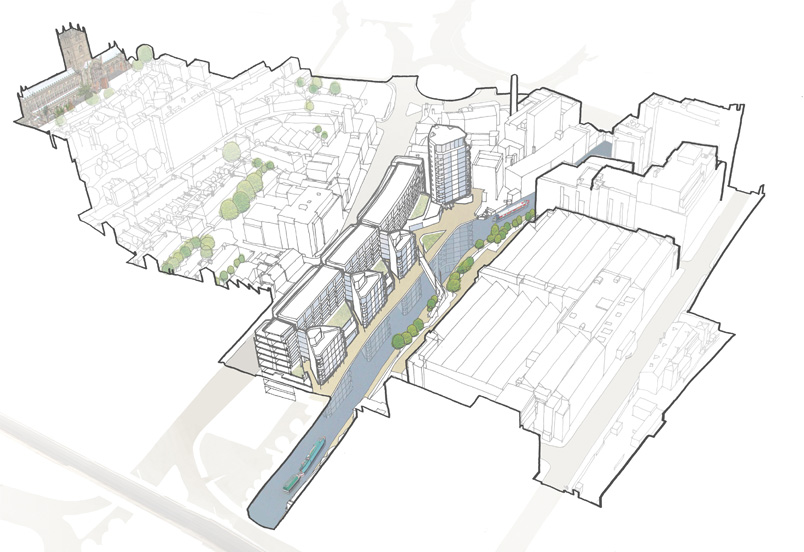 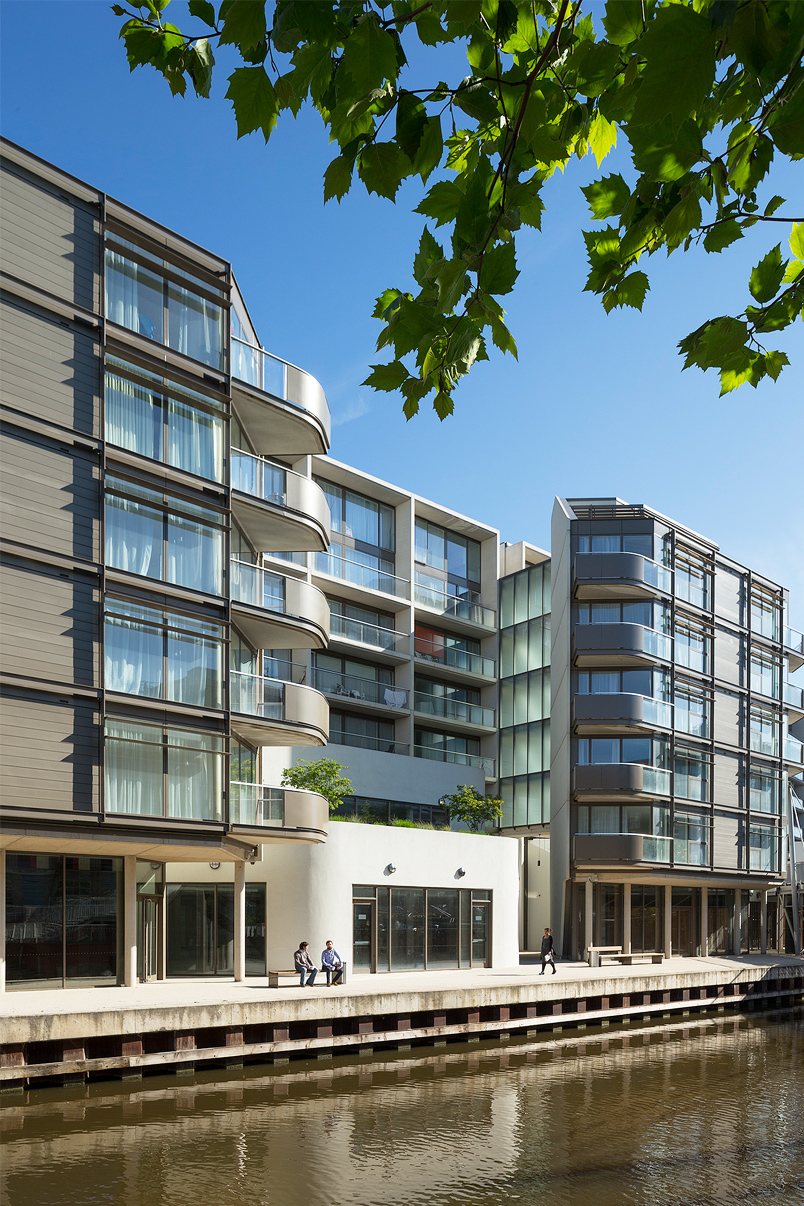 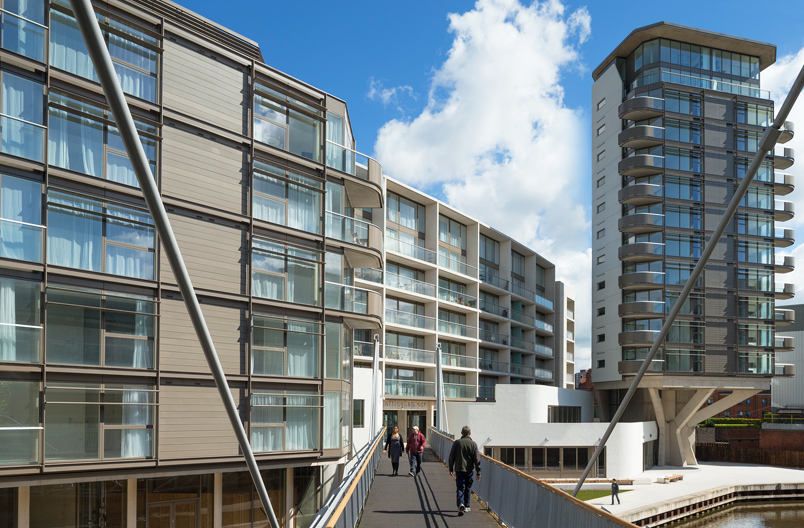 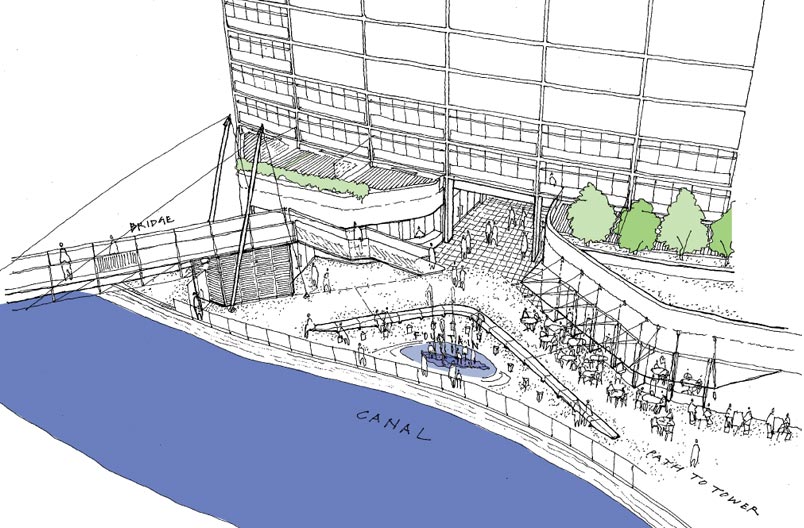 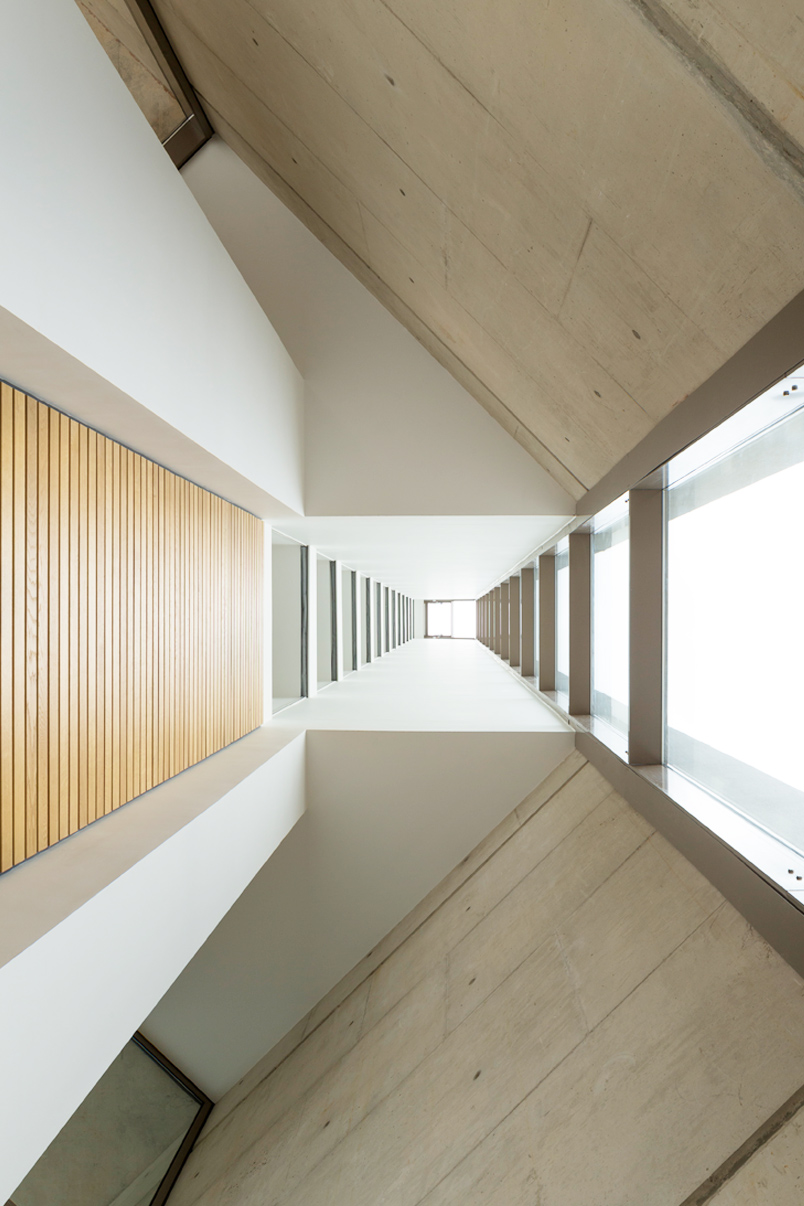 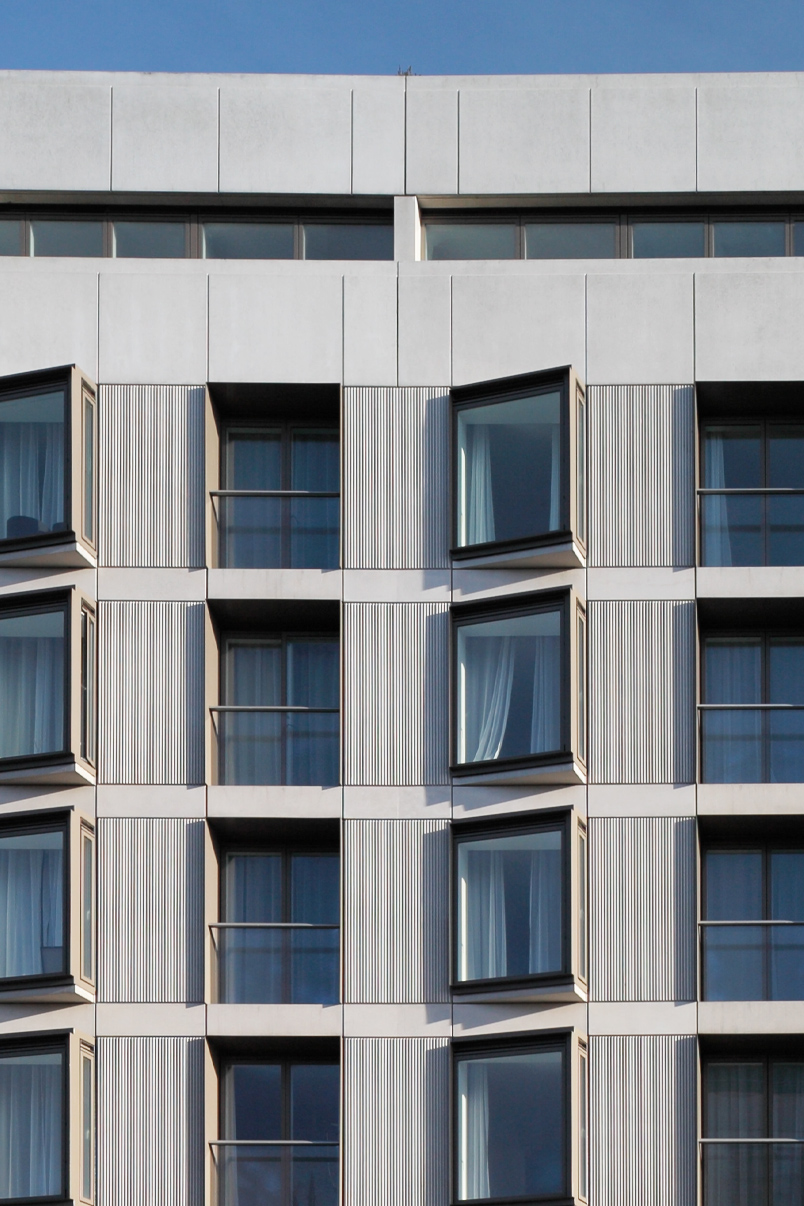 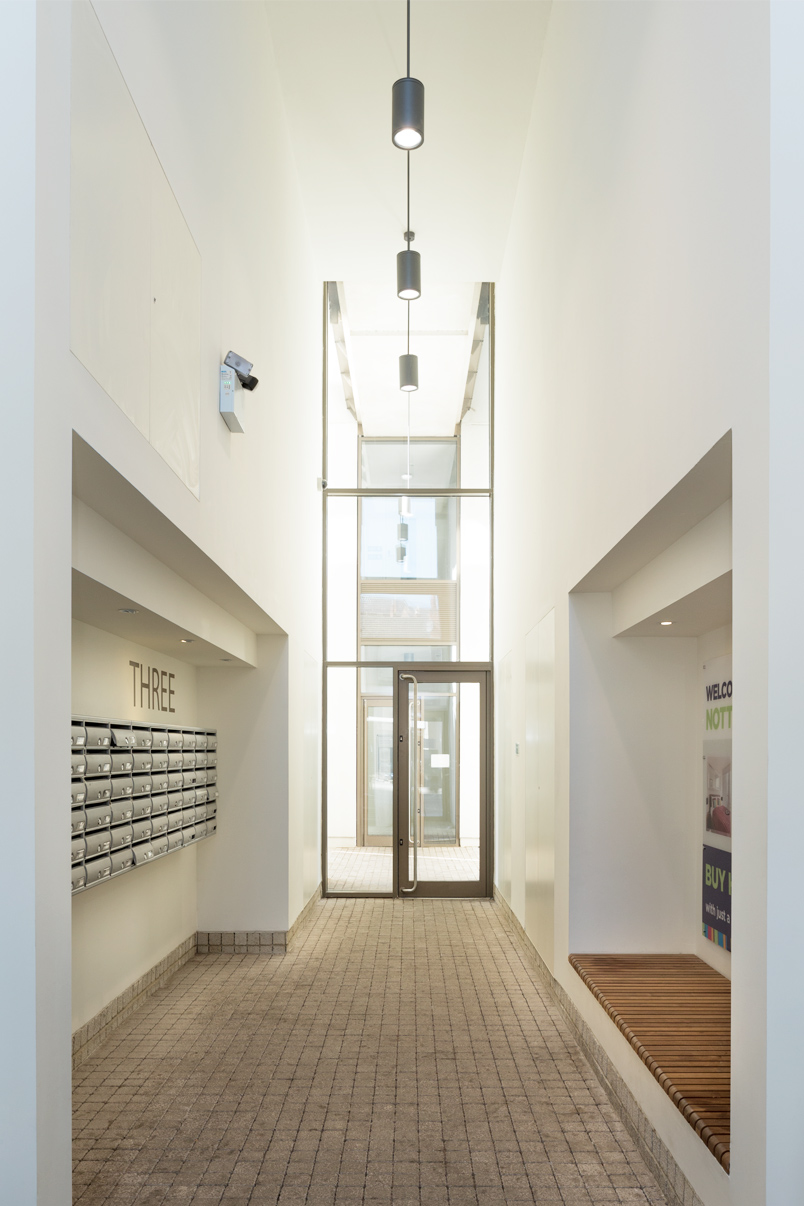 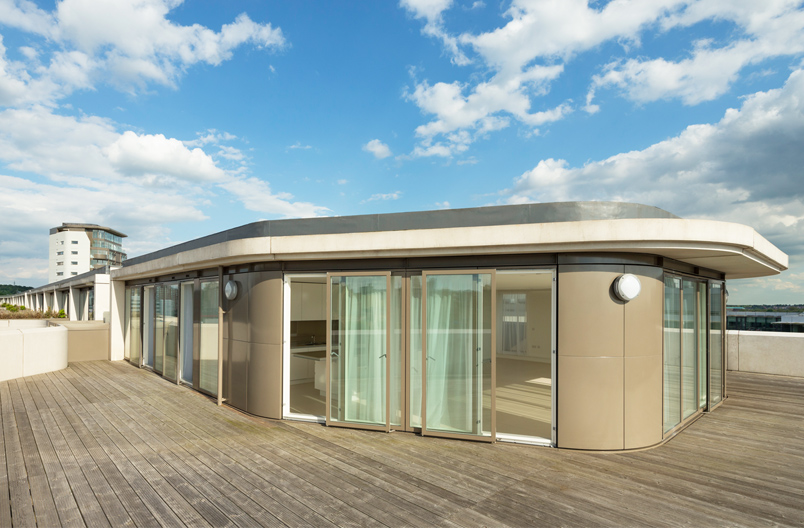 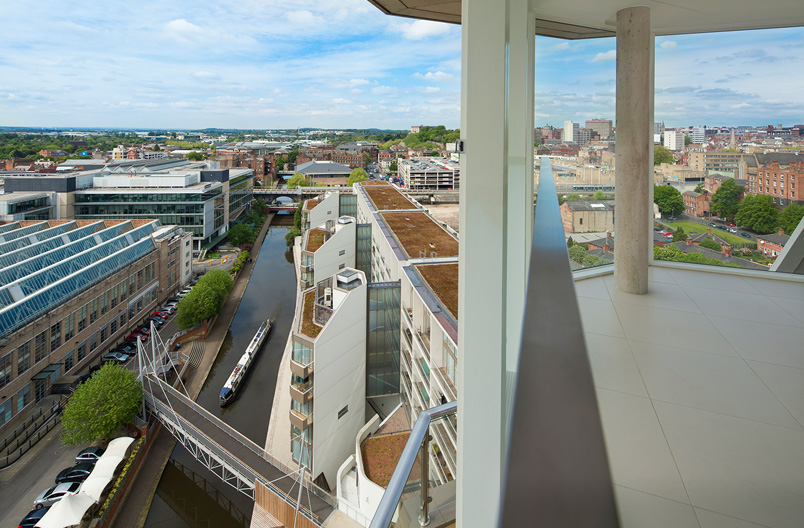 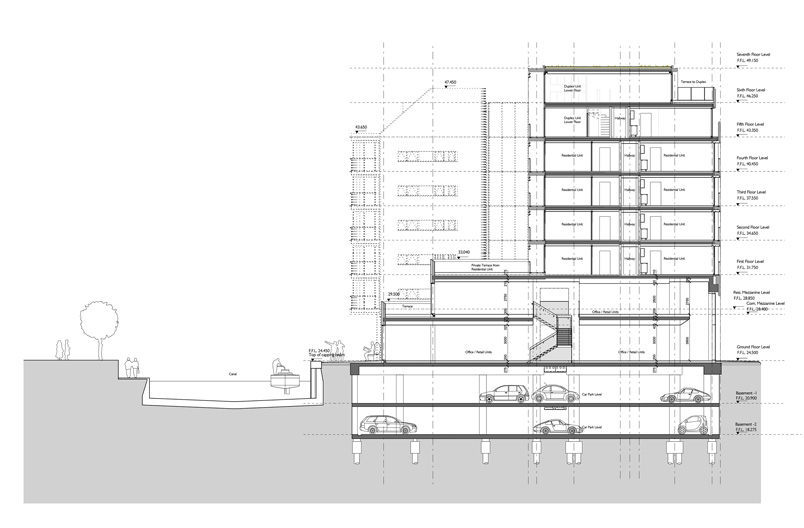