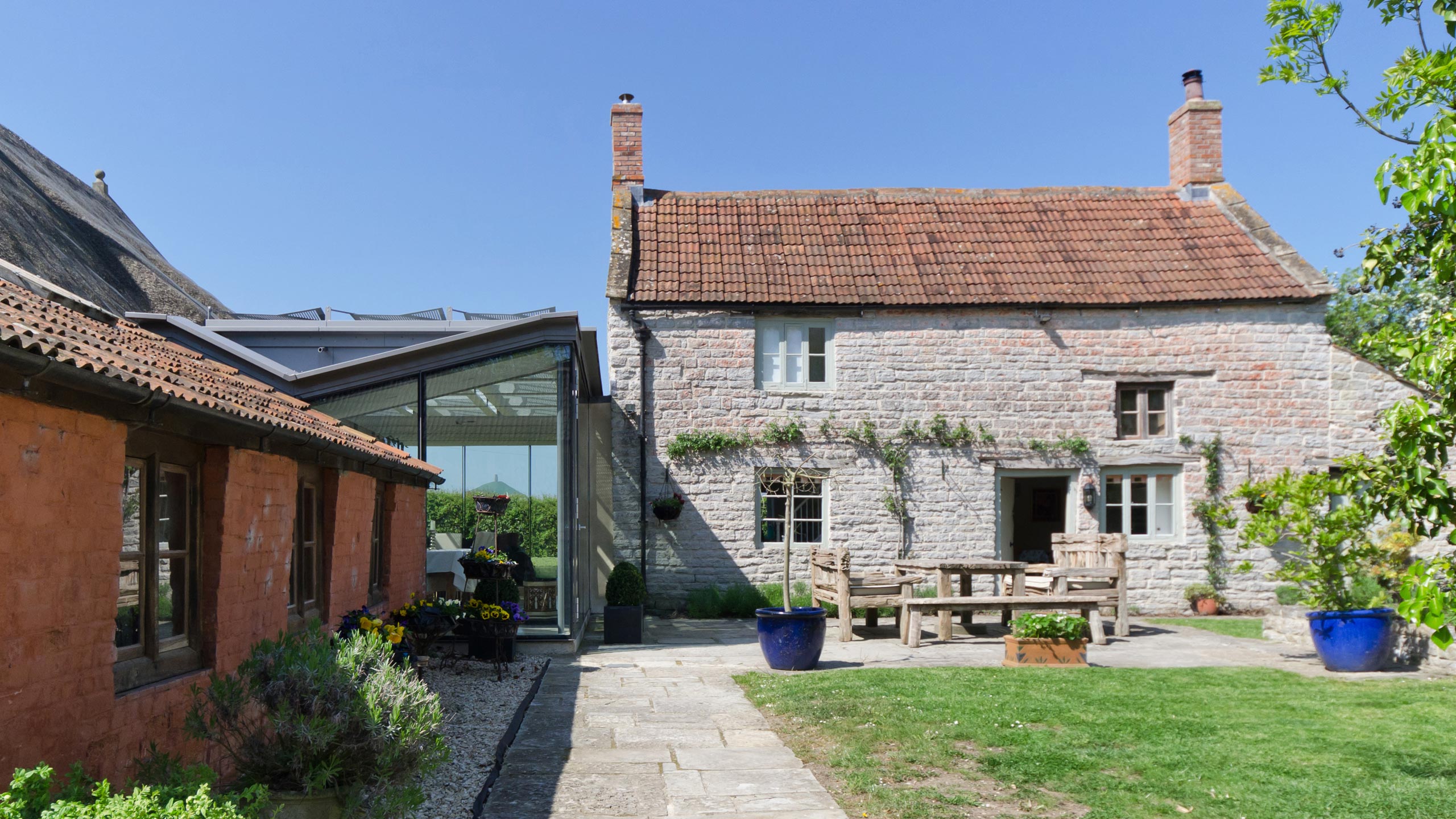 A contemporary solution to a centuries-old problem

Old Farm comprised five former agricultural buildings loosely arranged around a farmyard, built over the last five centuries. The result was a slightly haphazard, if charming, arrangement, with all of the existing spaces being relatively small, dark and disconnected.

One of the buildings in particular – a 14th century farmhouse, originally built on the estate of Glastonbury Abbey – had been neglected for decades when the site was purchased. It underwent restoration as part of the works, and was subsequently removed from the English Heritage Buildings at Risk Register.

Our brief was to reconceive this disparate collection of buildings as a sustainable modern home. This was achieved by linking two of the existing buildings together with a new ‘empty’ space, conceived as a grove; an open plan, covered, light-filled space that would contrast with – but complement – the existing buildings. This space is at the centre of the new home, the final piece in the jigsaw that makes sense of the whole. A new seating area is arranged at the west end, enjoying the full benefit of views to Glastonbury Tor, a regional landmark. Built to the highest standards, this contemporary intervention is a new chapter in the story of a unique place. 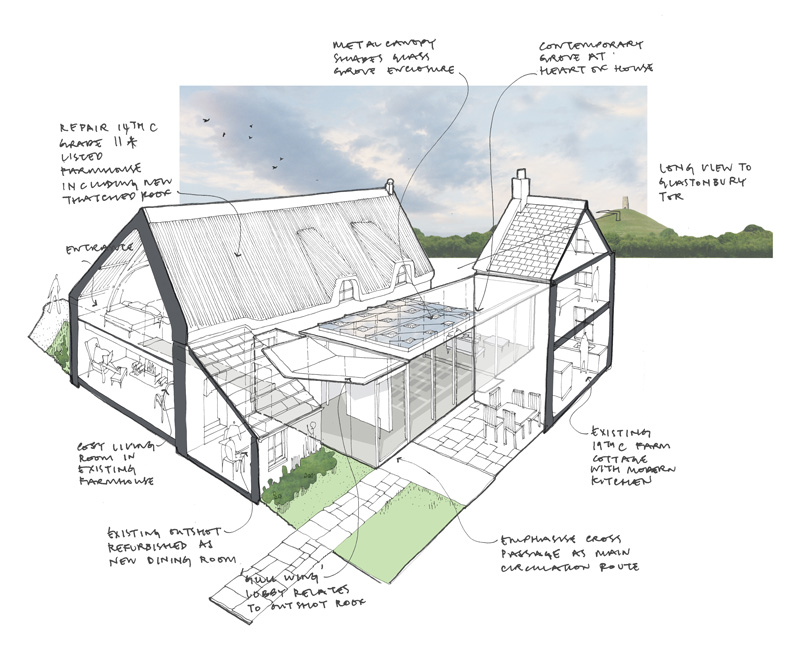 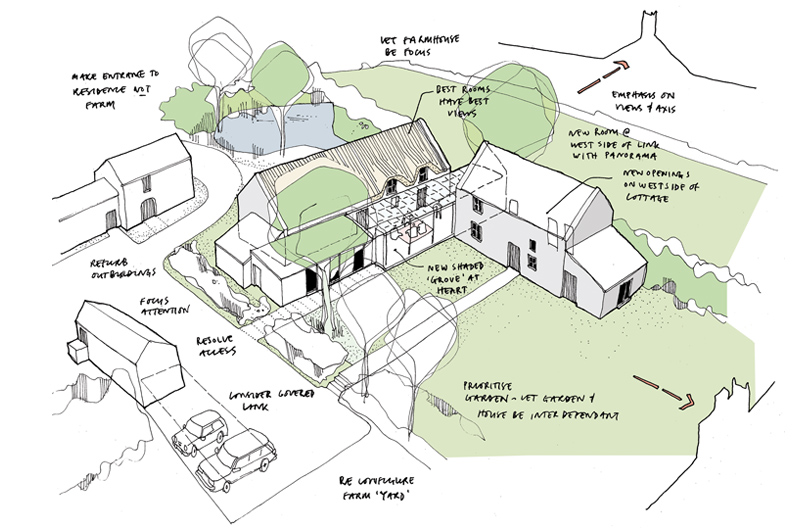 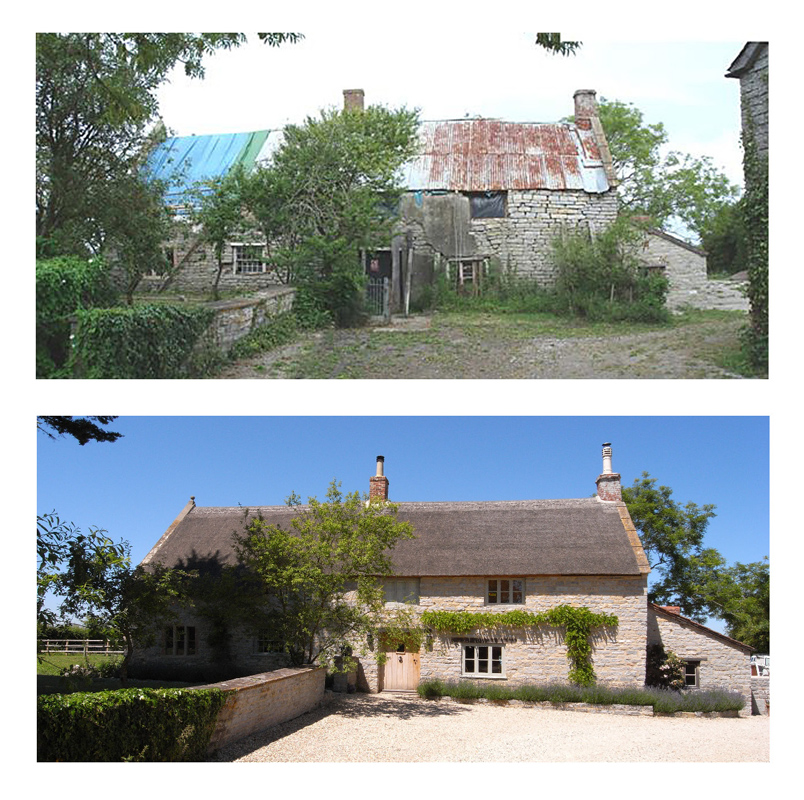 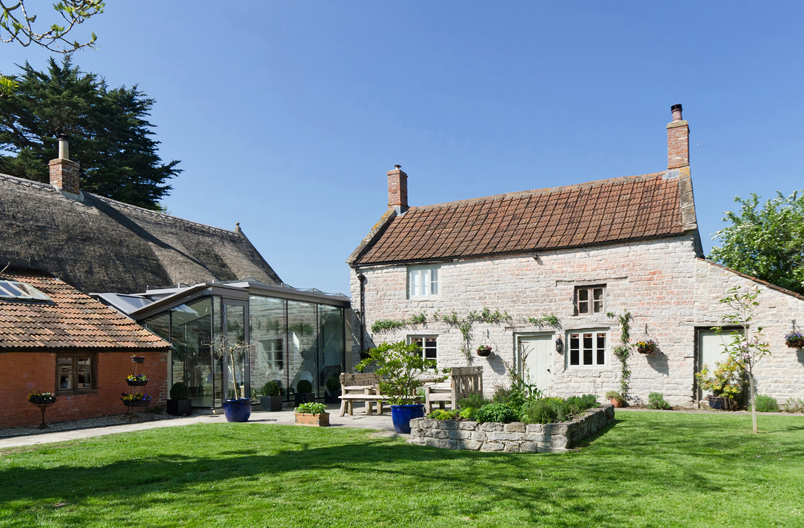 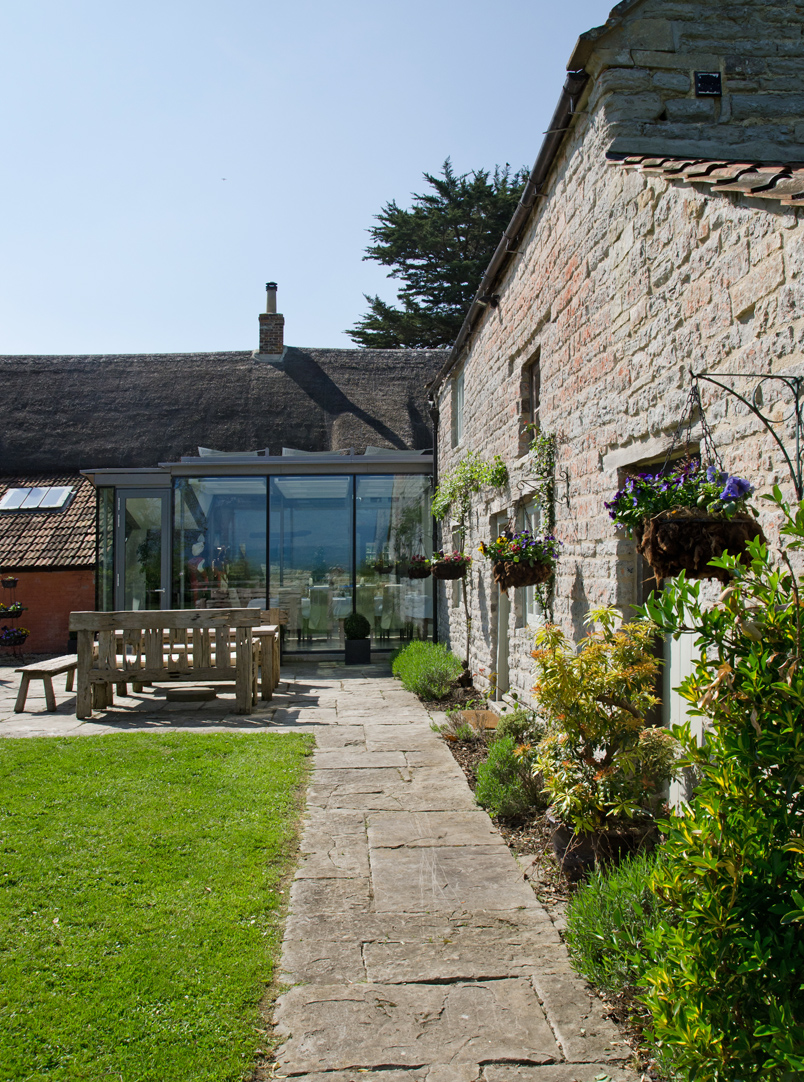 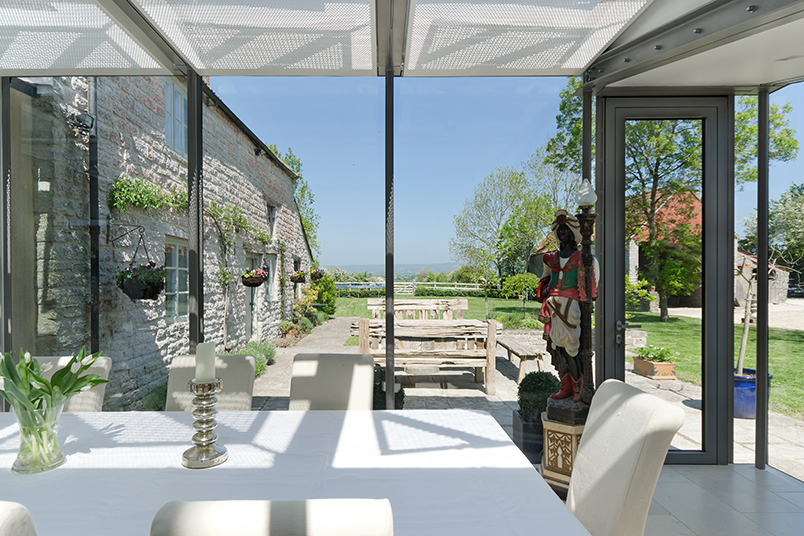 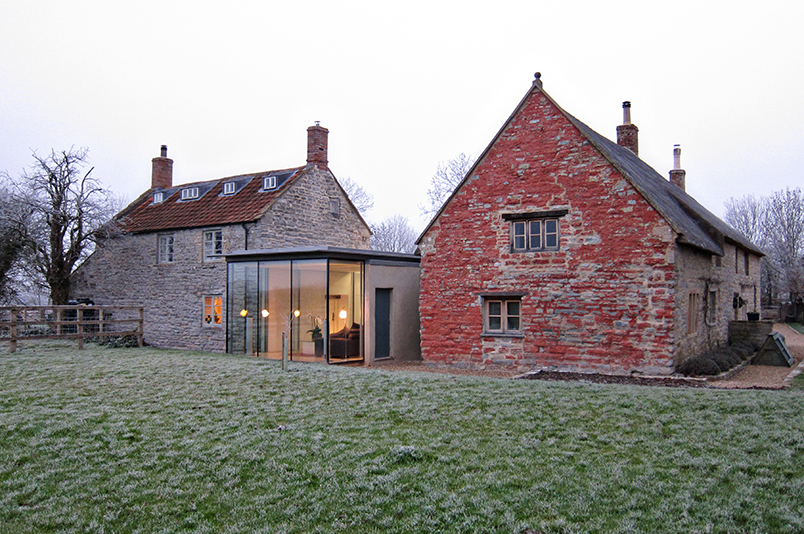 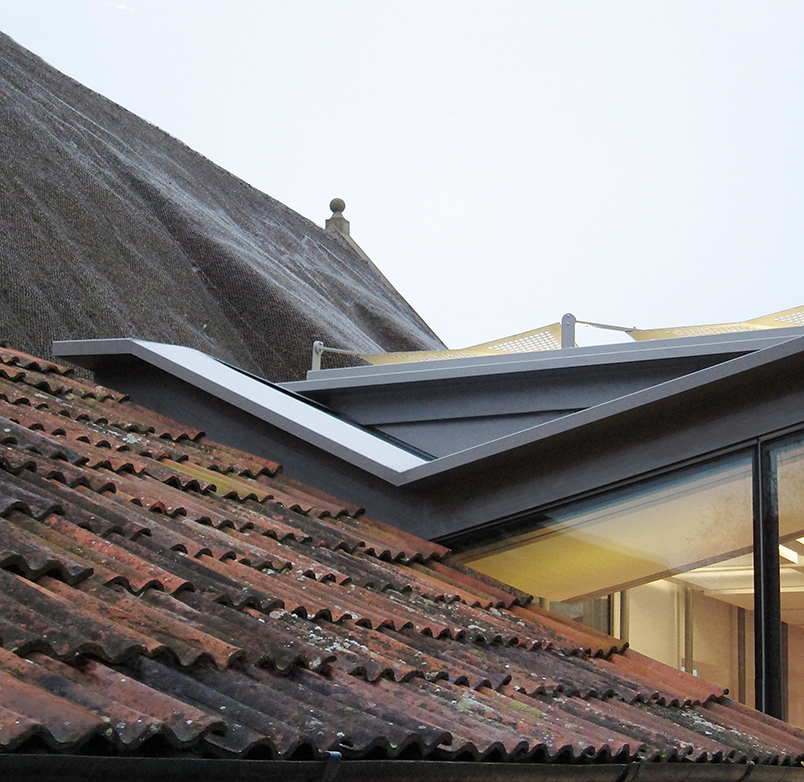