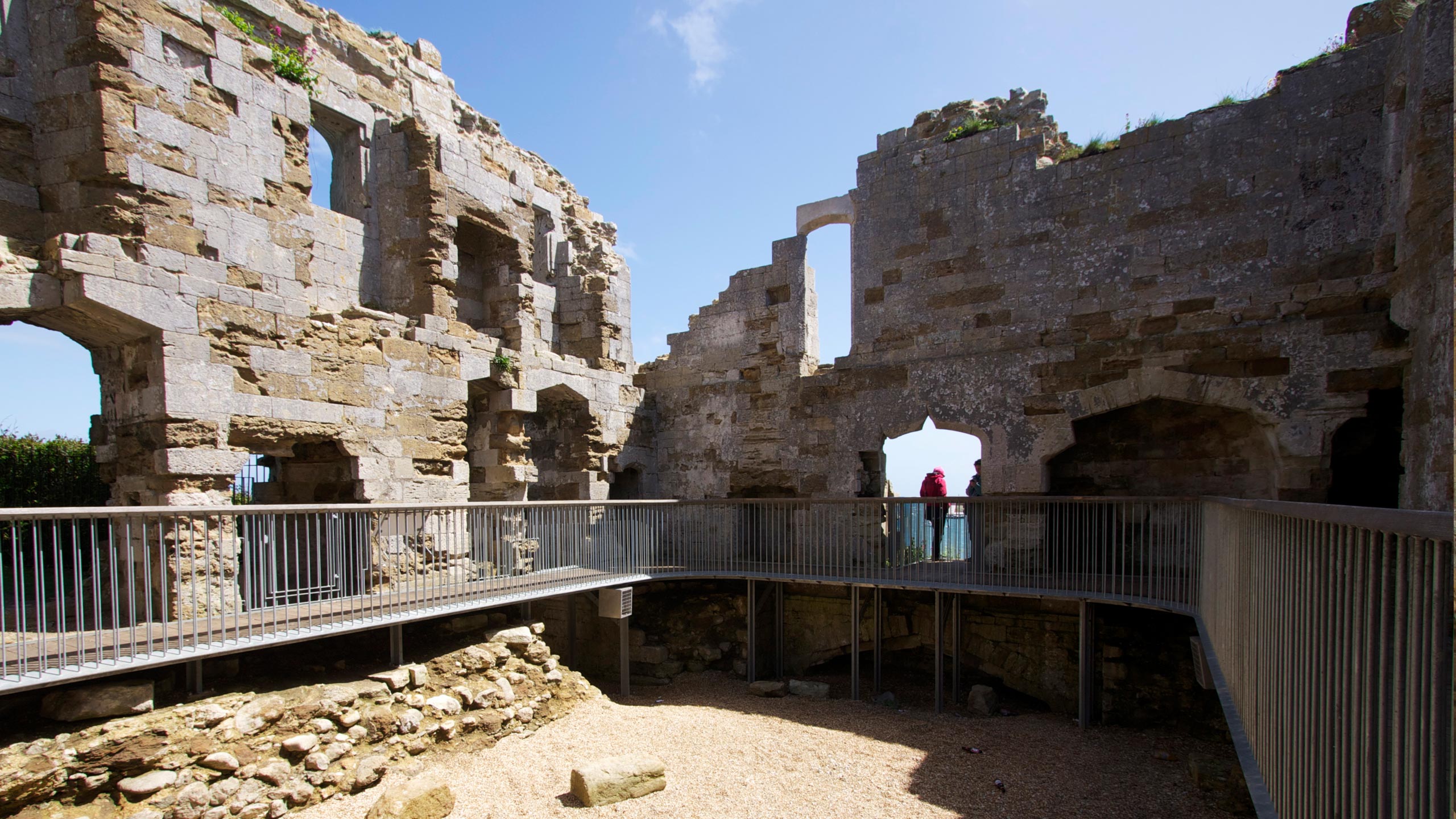 Bringing a historic castle back from obscurity

Henry VIII ordered the building of Sandsfoot Castle – and its partner across the water, Portland Castle – in around 1539, to jointly protect the waters of Portland Roads against the threat of foreign invasion. Standing on the cliff edge, the castle has been under attack from coastal erosion ever since it was built. Most of the ashlar stone has been lost to local building projects and thieves, and the castle has been closed to the public since the 1930s, when it was deemed unsafe.

With the aim of re-opening the castle up to the public, this project was part-funded by the Heritage Lottery Fund and consisted of conservation treatment to the stonework and the insertion of a new lightweight walkway around the interior.

The stone conservation work was carried out in lime mortars, with small-scale reinforcement and supporting interventions to conserve the castle as found. Soft cappings were installed on the wall tops as an alternative to the existing cement cappings.

The walkway is designed to be a lightweight element, sitting elegantly within the ruined castle at the level of the former floor. It touches the castle fabric in as few places as possible, with fallen ashlar stones used as padstones. The continuous timber handrail provides a comfortable place to lean, and interpretation panels along the way tell the history of the castle.

As a result of the work, Sandsfoot was taken off English Heritage’s Buildings at Risk Register and is now open to the public. 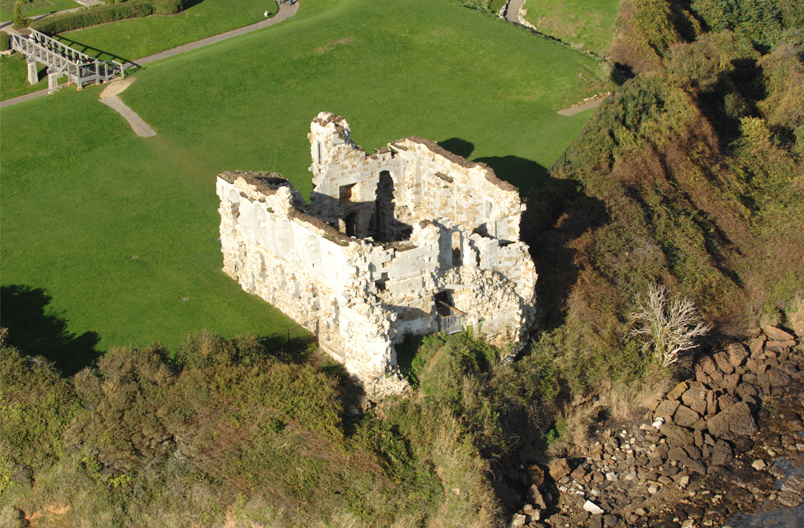 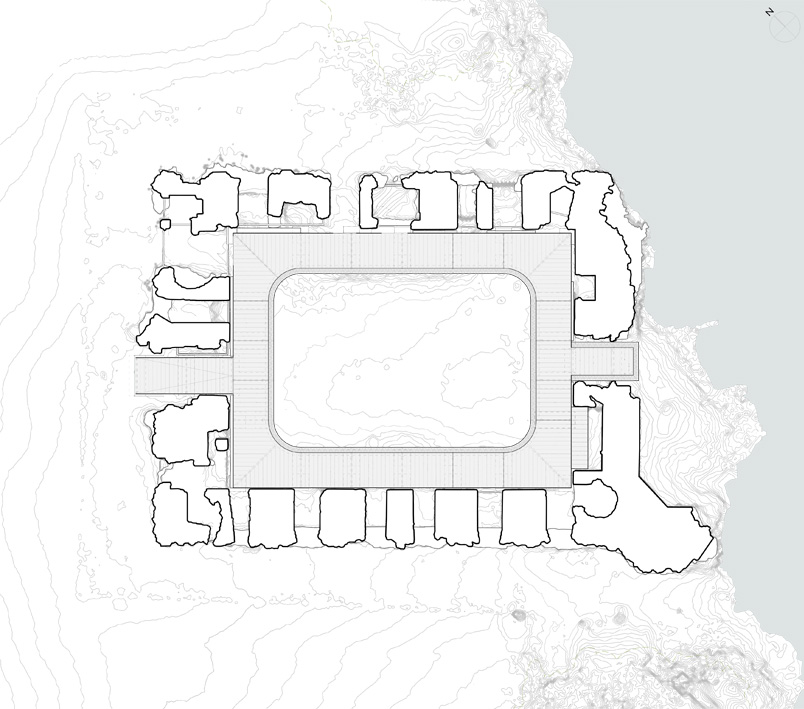 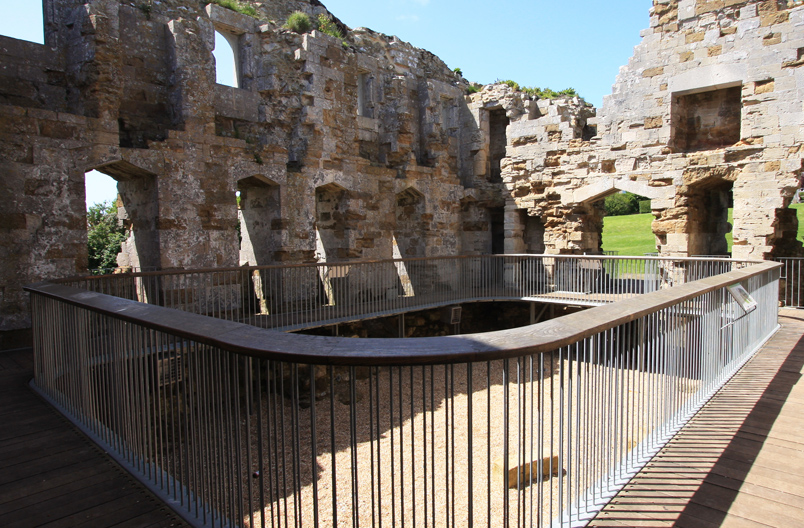 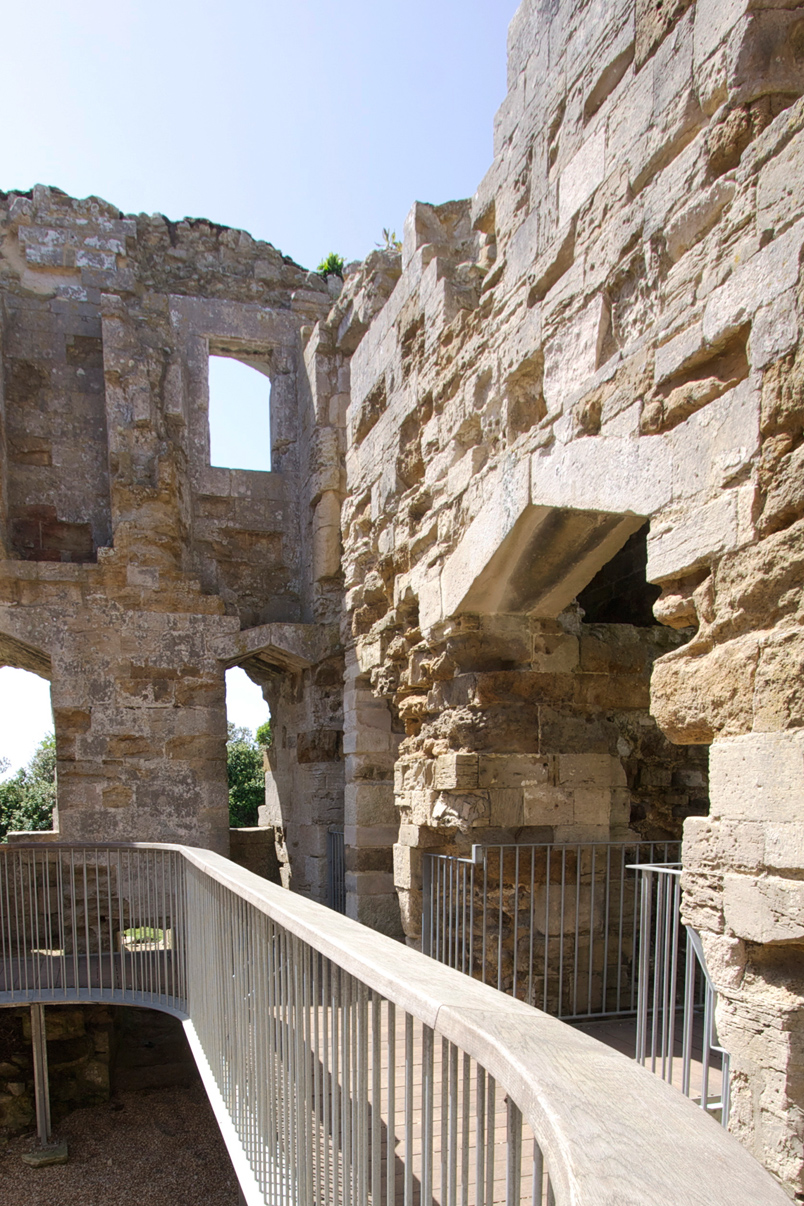 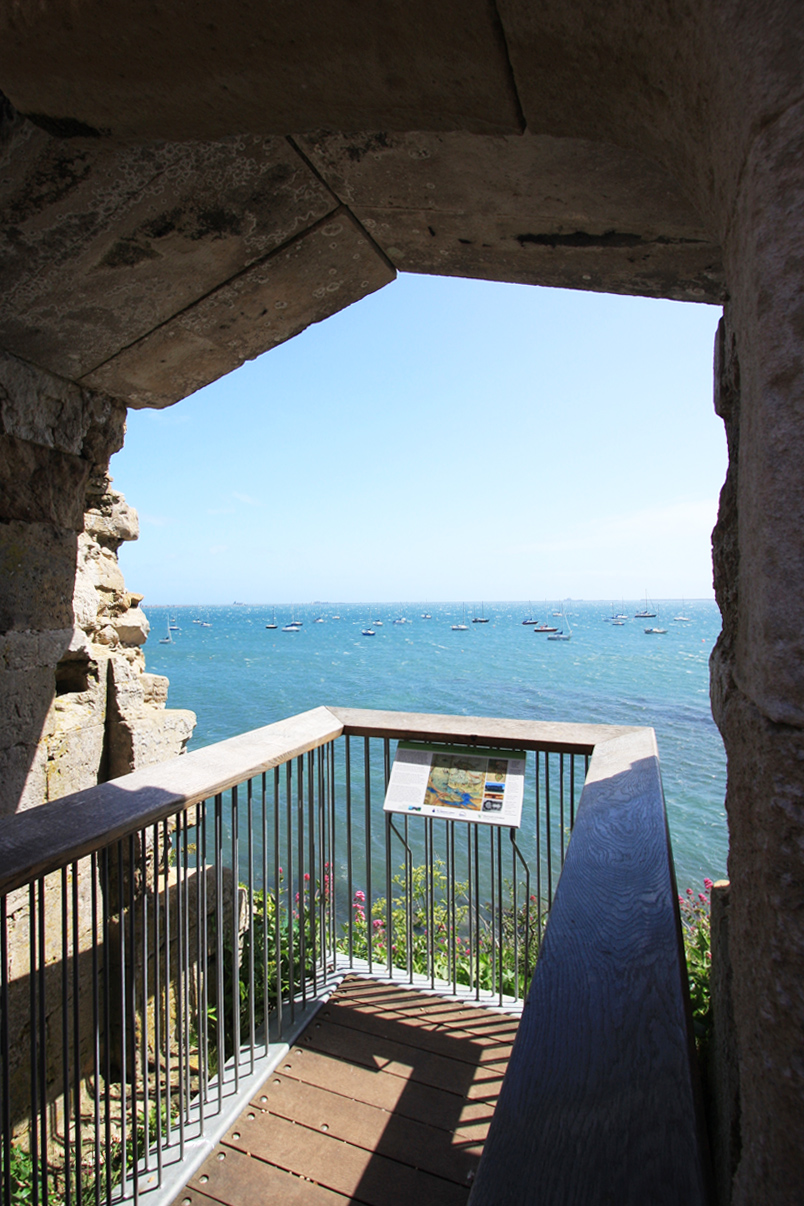 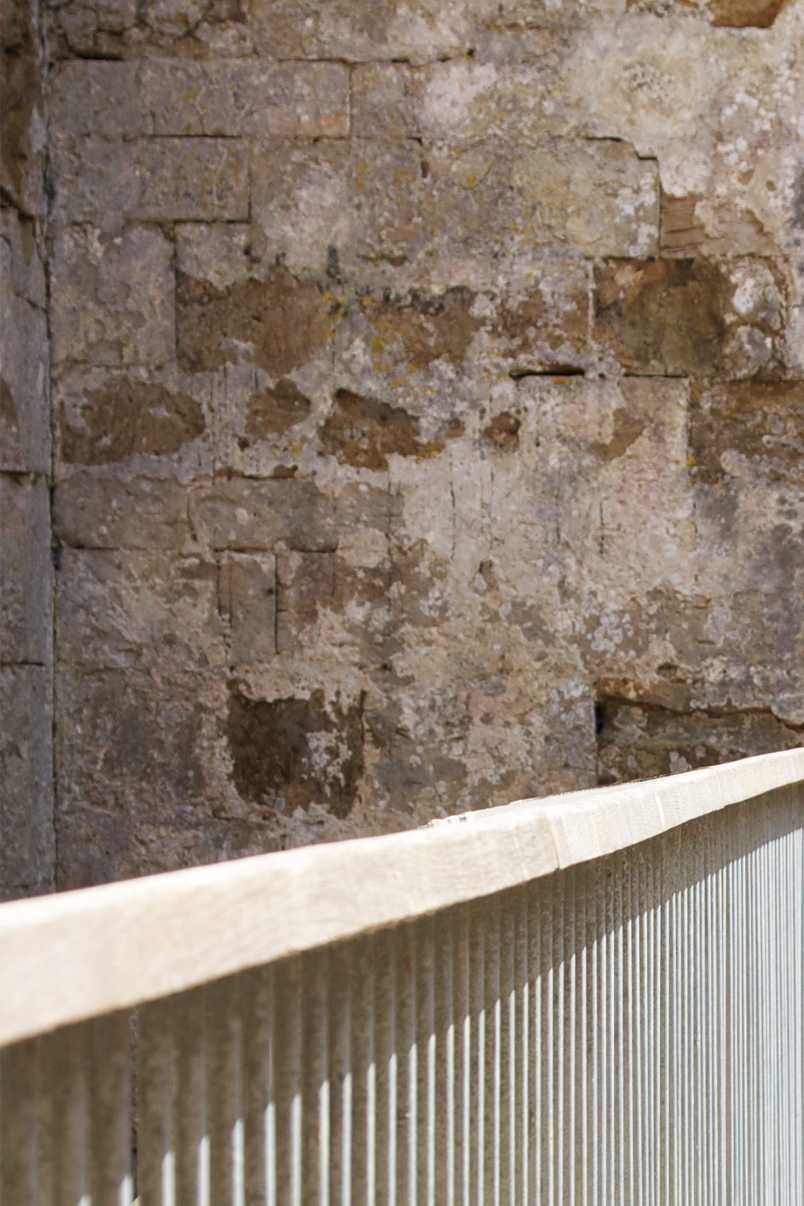