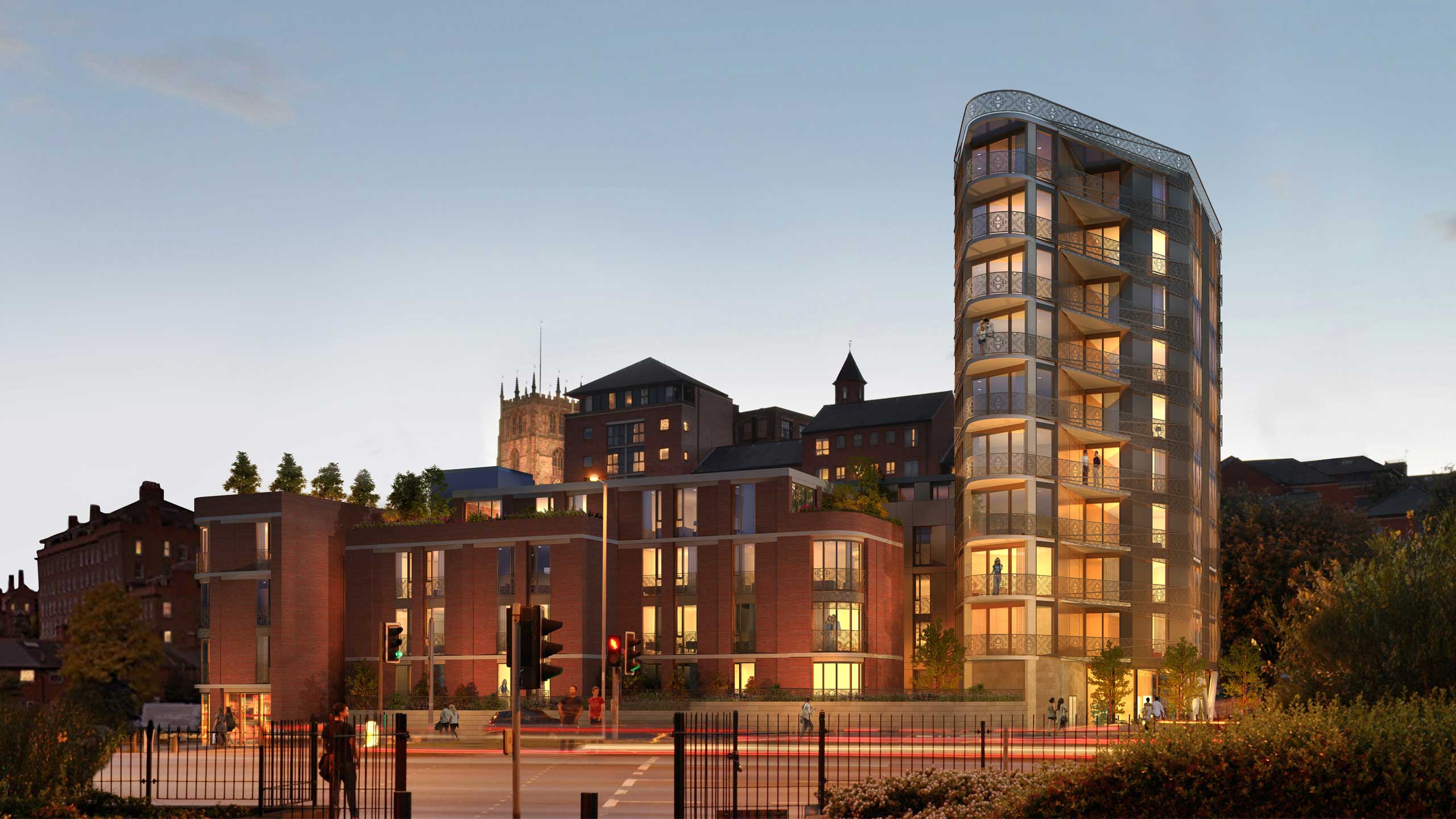 This project is a scheme for 85 PRS apartments on a landmark site in Nottingham, below the city’s famous Lace Market.

The site – currently occupied by a hand car wash and temporary car park – is on the London Road roundabout, a key entry vista to the city, and has lain empty for decades, as developers, planners and architects have been unable to develop an acceptable and viable scheme for what is one of the most historically sensitive areas of the city.

Planning has been approved for the apartments, which will be organised in two volumes, both of which reference the Lace Market’s heritage in their design. The lower volume is predominantly brick and sandstone, stepping in plan and section, while the taller volume will be glazed and wrapped in a patterned metal lace lattice that varies in transparency. Both buildings will sit on a sandstone podium, arranged around a communal courtyard.

Although PRS schemes are appearing in the other UK cities, this will be the first of its kind in Nottingham, and it has the potential to be a significant step forward for Nottingham’s private rental market, encouraging young professionals to live in high quality apartments in the city centre. 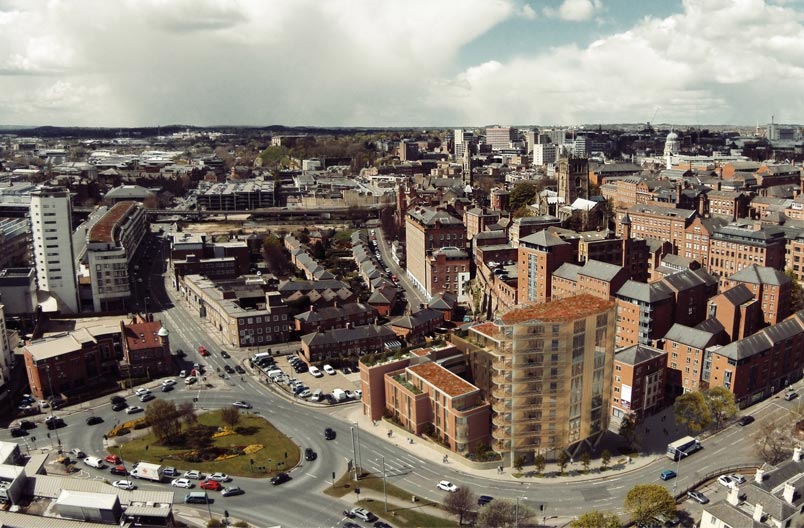 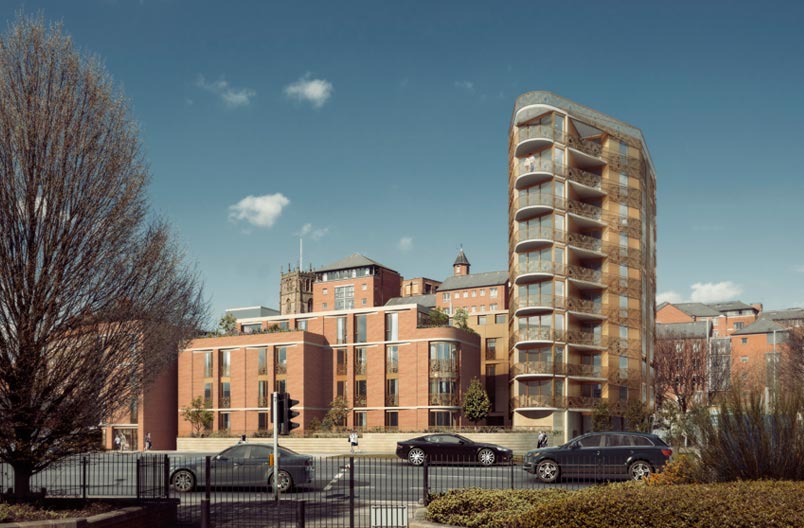 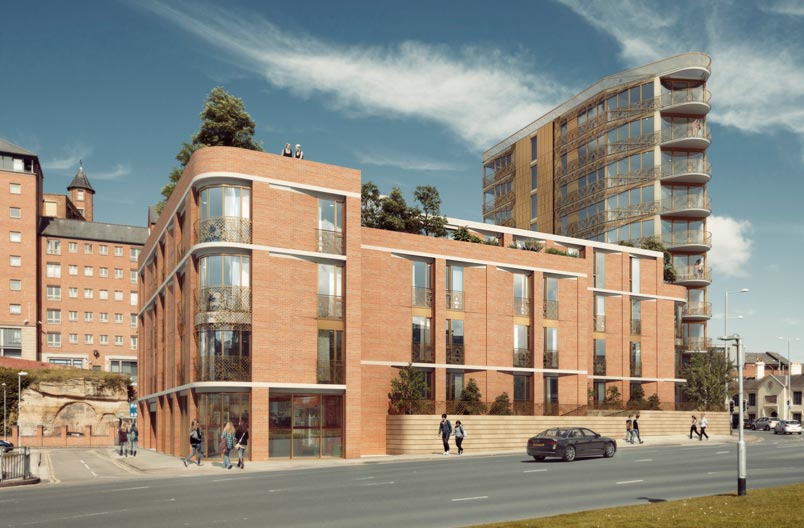 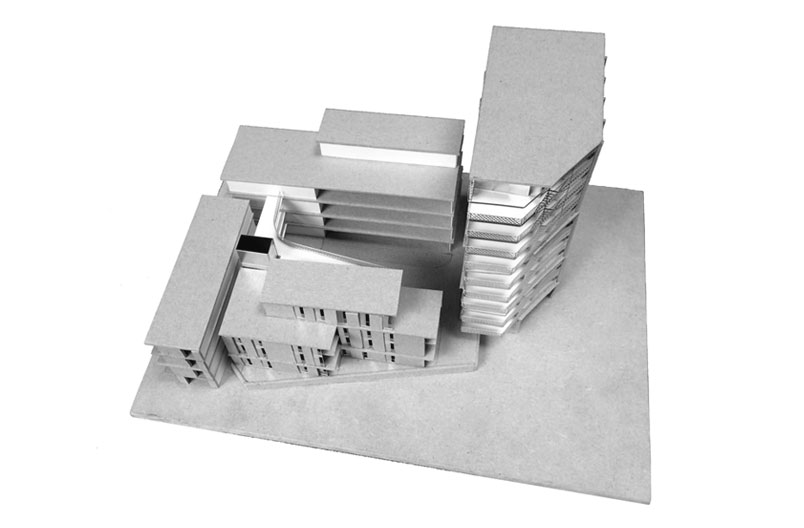 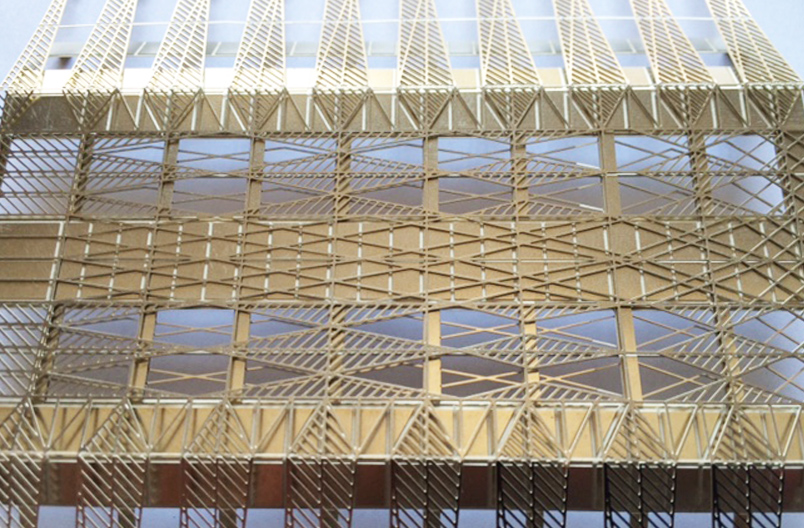