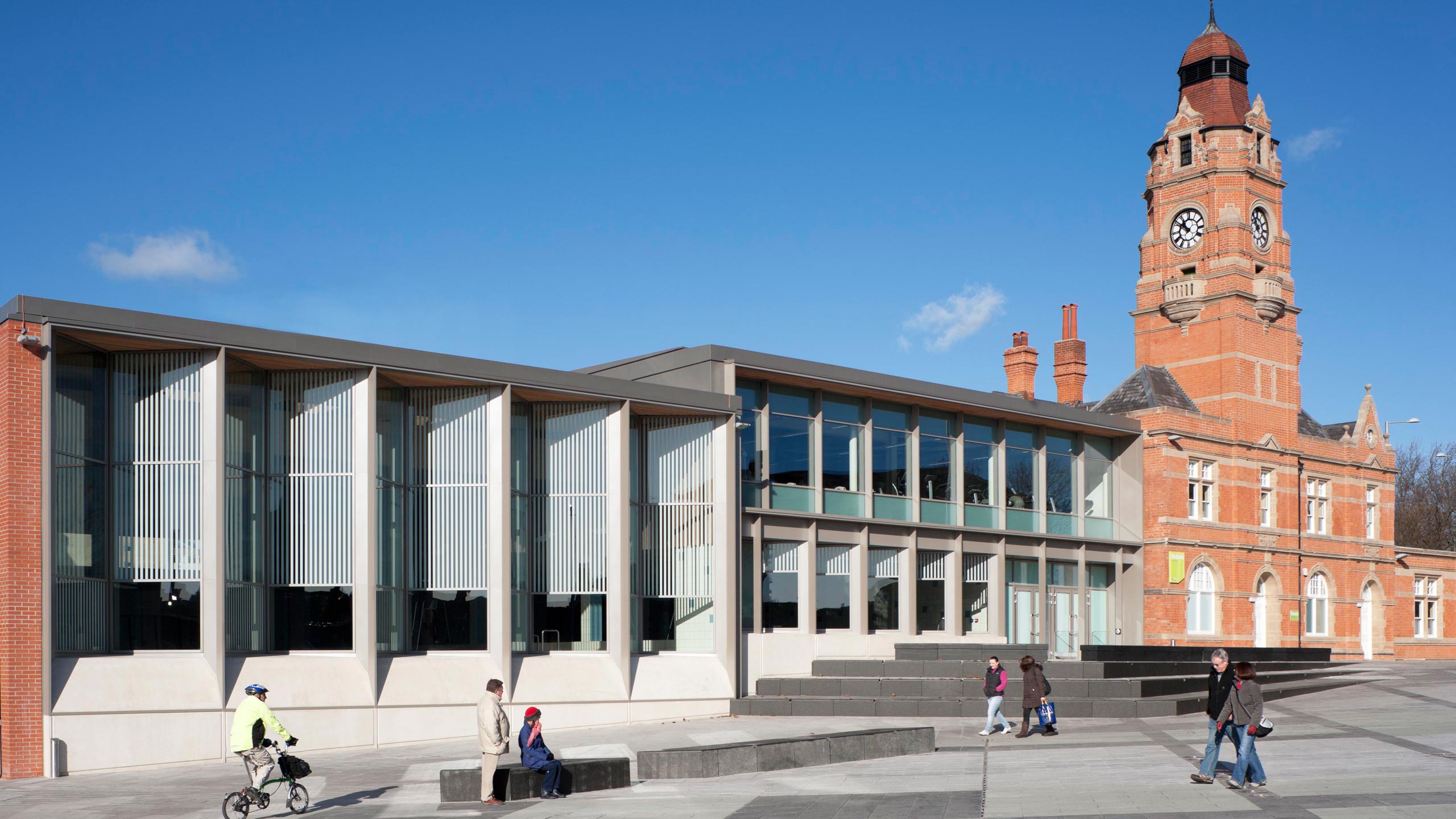 The Victoria Leisure Centre in Nottingham extends a nationwide campaign to promote health, leisure and wellbeing as core components of contemporary city life. Compared to a bygone era – when each Victorian high street had its own pool, with entrances for men and women carved in masonry facades and with chimneys or clock towers forming familiar urban landmarks – today’s options are often limited to more solitary, generic experiences.

Originally commissioned to carry out an options study in October 2008, we began by researching the centre’s history, creating a timeline that saw the original 1850s open-air baths and wash houses surrounded by a series of increasingly brutal alterations and additions. Unable to restore the original to contemporary standards, the decision was made to pursue a hybrid option that retained the 1890s clock tower as the entrance to a new state of the art facility, with a community pool, fitness suite and café.

The new façade is designed to sit in harmony with the clock tower, while resolving level changes and edge conditions relating to the newly pedestrianised market square outside. Key to this is the configuration of the concertina screen that exploits opacity and orientation, not only in response to key functional requirements such as the need to reduce glare for the lifeguards, but also in creating a balance between engagement and privacy.

The pool hall is designed to have a calm warmth. This is achieved by generous proportions, the use of cross laminated timber for the roof structure, an abundance of controlled natural light, and an absence of ventilation paraphernalia.

Extensive physical and computer models were used to generate the concepts for the building and to ensure that they were delivered in a cost effective and efficient manner during the construction stage, which contributed to the project being completed several months ahead of schedule.

The building has a BREEAM ‘excellent’ rating, recognising its high quality sustainable design, and won a RIBA East Midlands Award in 2012. 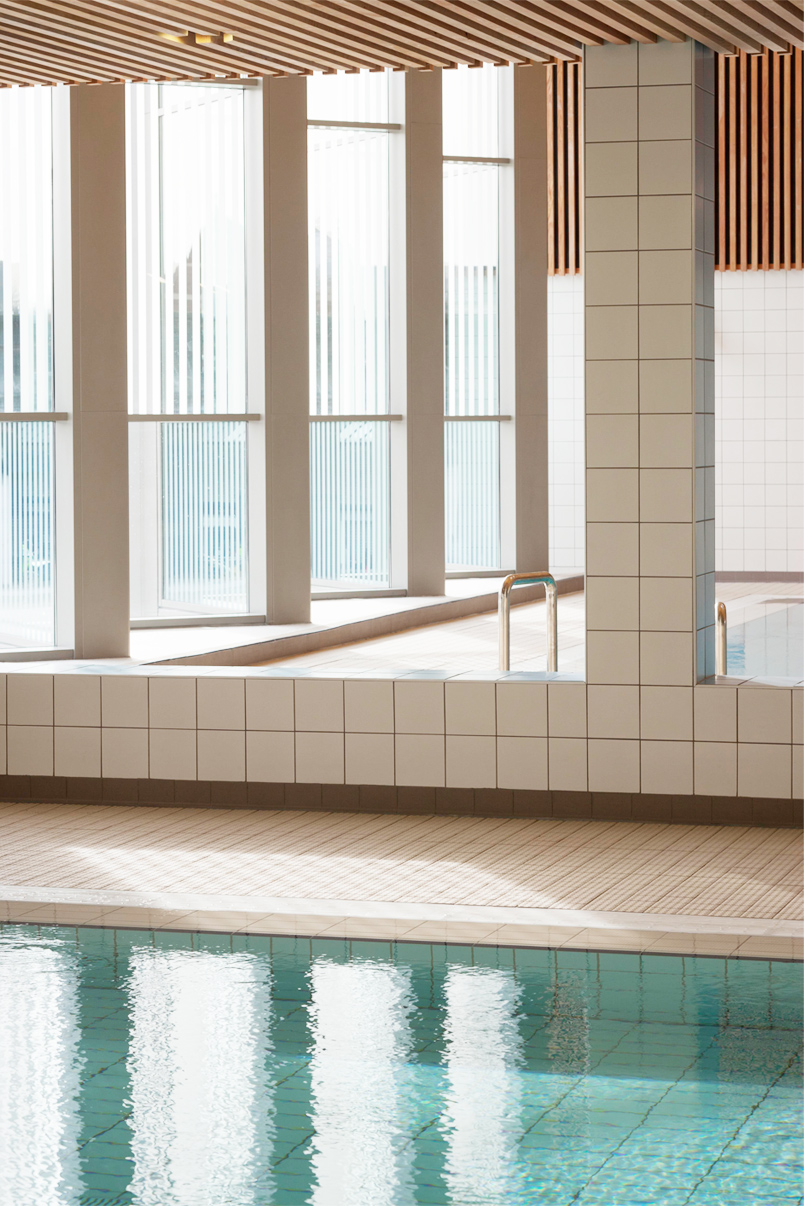 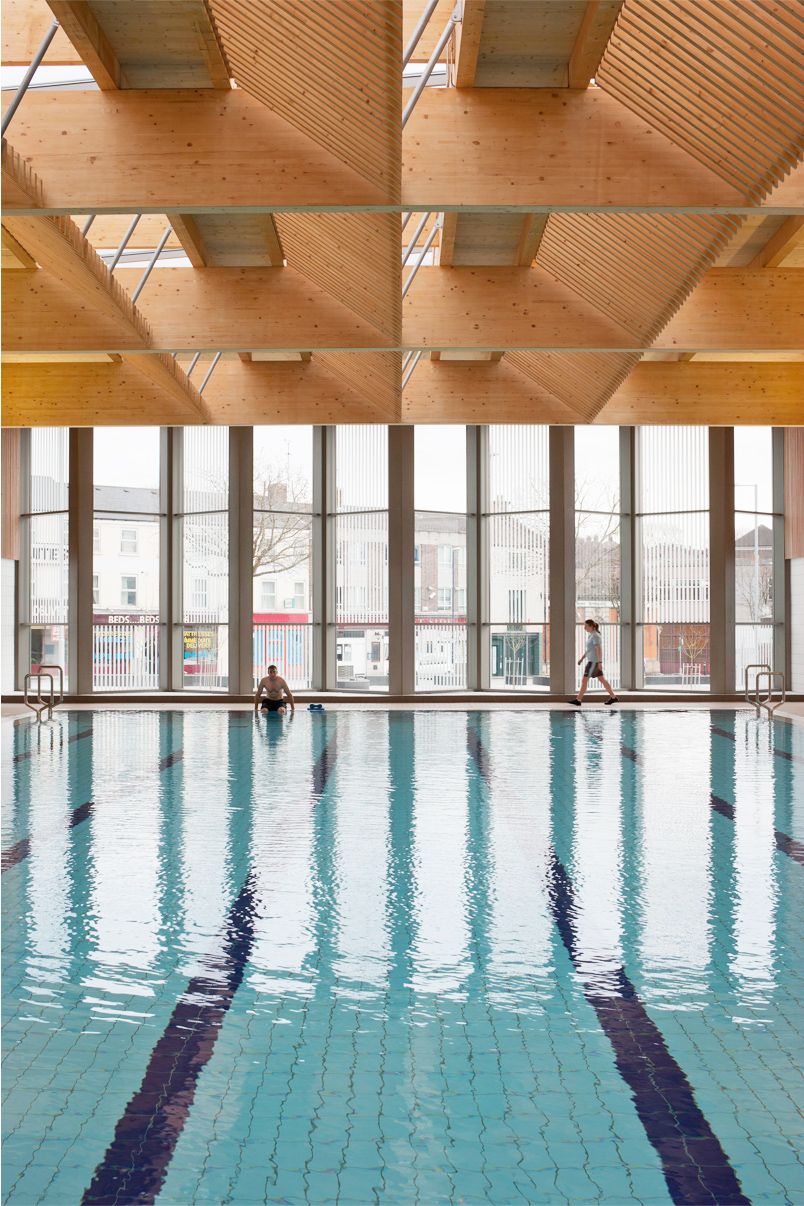 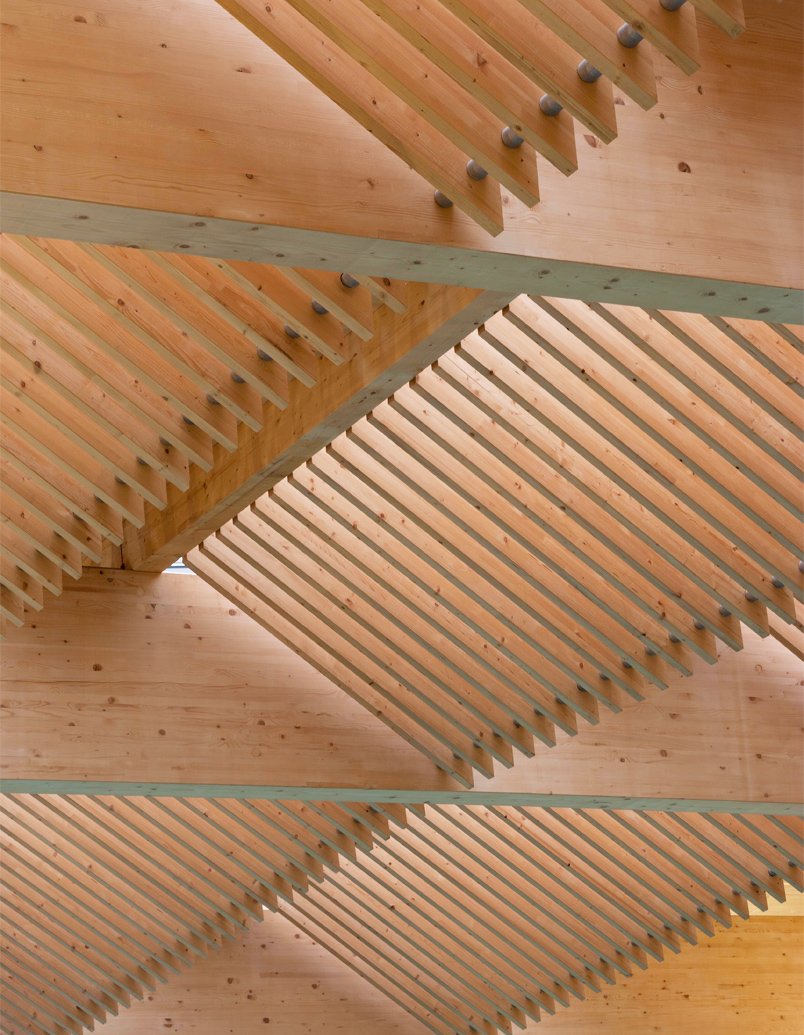 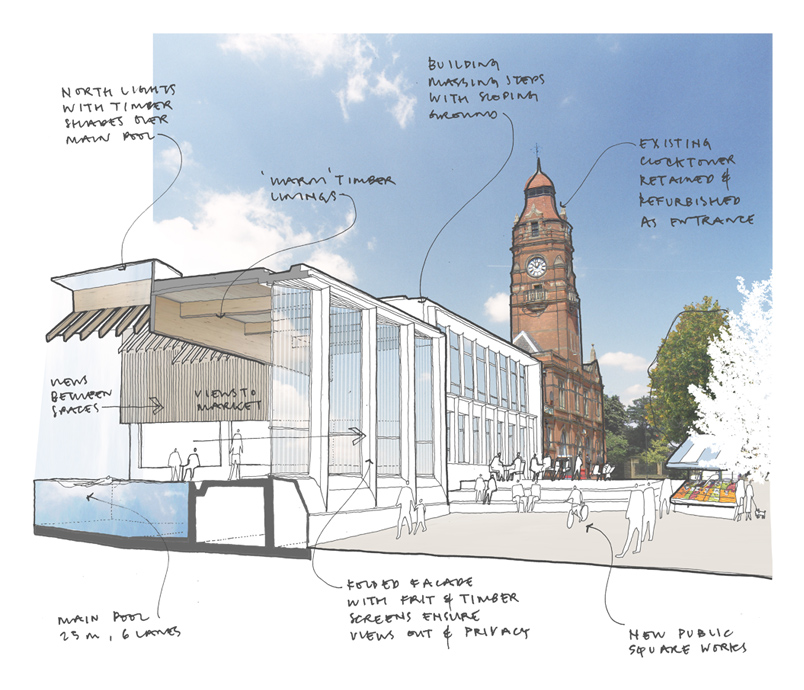 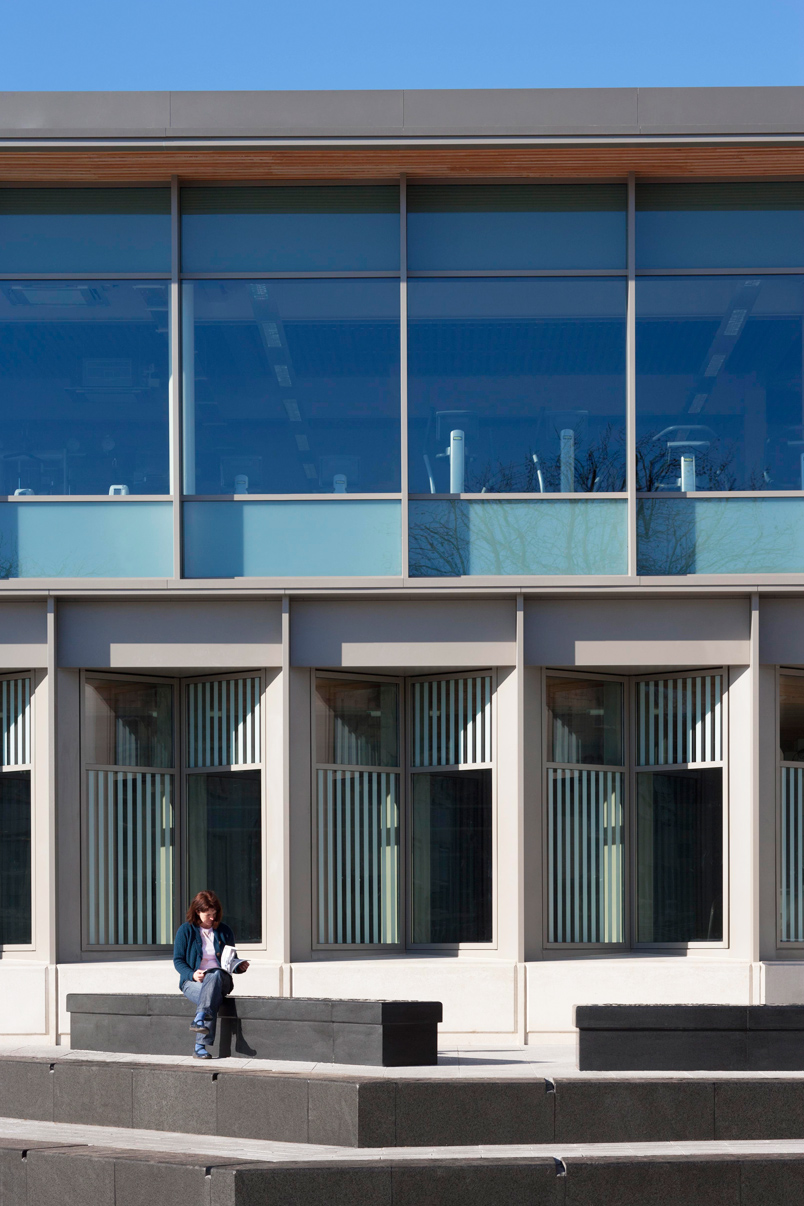 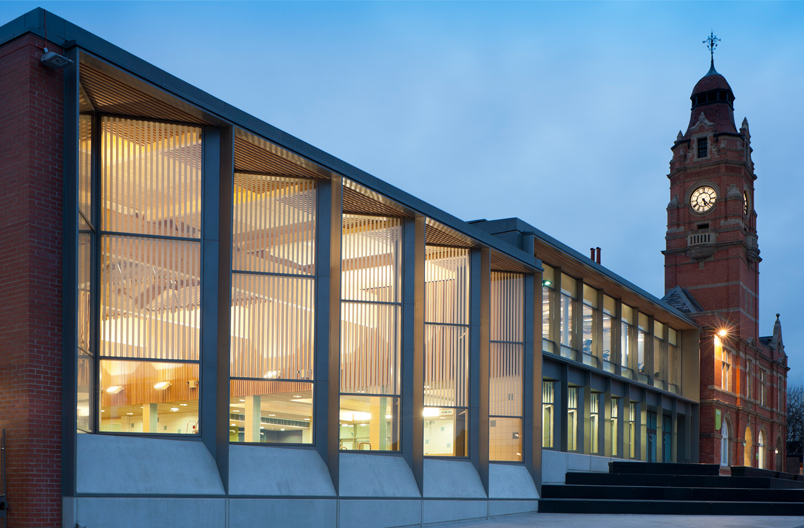