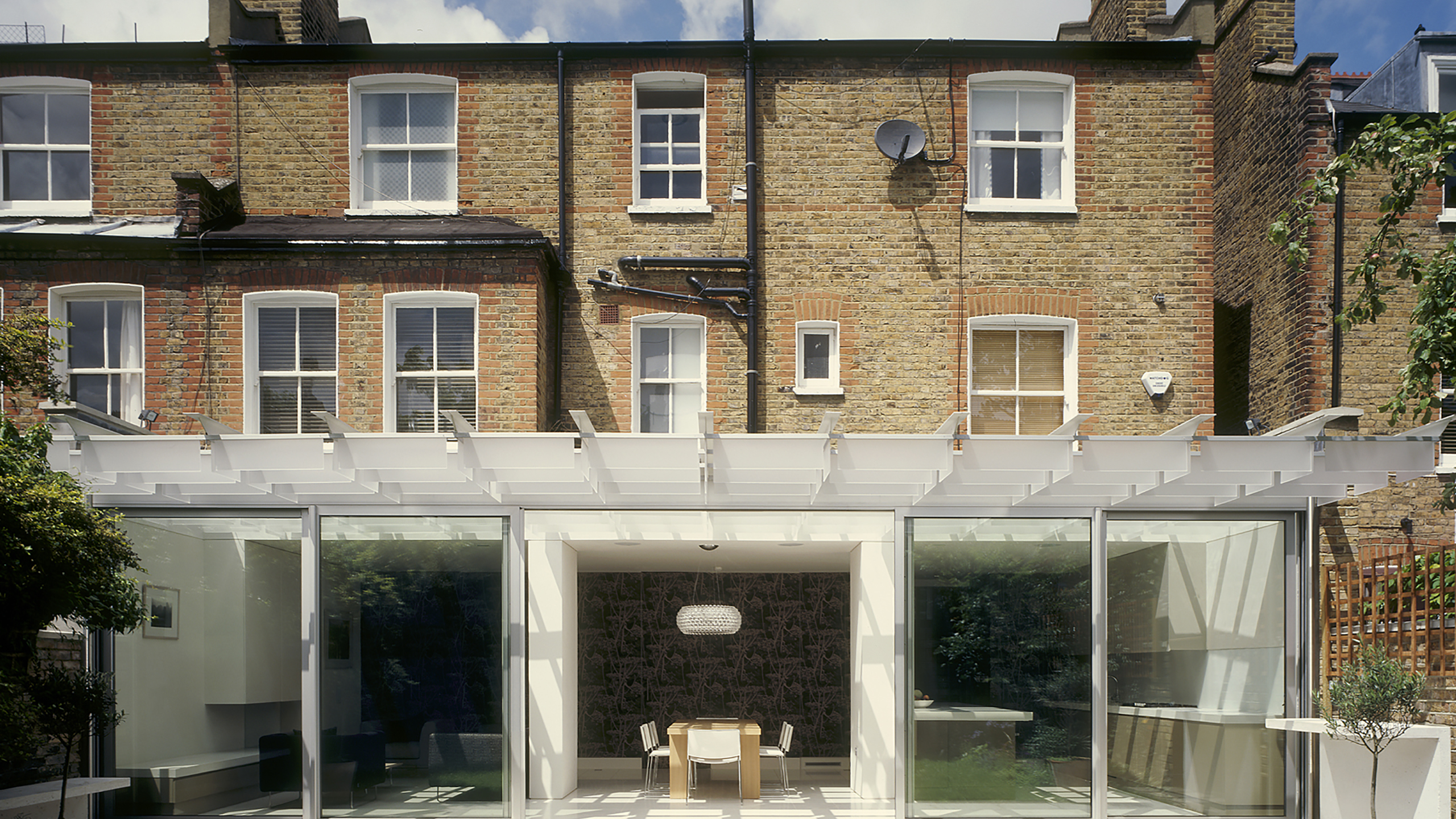 This Edwardian semi, with an attractive double fronted elevation, had well planned reception rooms either side of a central hall to the front of the house, but was poorly planned to the rear and garden. The kitchen and living room were in the middle of the plan, behind a lean-to conservatory and dining room, which disconnected the main rooms from the southeast-facing garden and meant they were dark and gloomy.

Our response was to clear away this clutter of rooms to form a single unified room along the back of the house, including kitchen, dining and day room, with views and access to the garden. A utility core is arranged laterally across the plan, and structural piers define individual spaces within the otherwise-open plan.

A shallow-pitch rooflight runs across the entire width, filling all the rooms with light, and unifying the ground floor elevation. Internally, light is baffled by a two-way etched glass canopy that animates the space with changing shadow and patterns of light throughout the day. The canopy repeats externally as a cantilever, providing shade and privacy from the neighbouring houses. 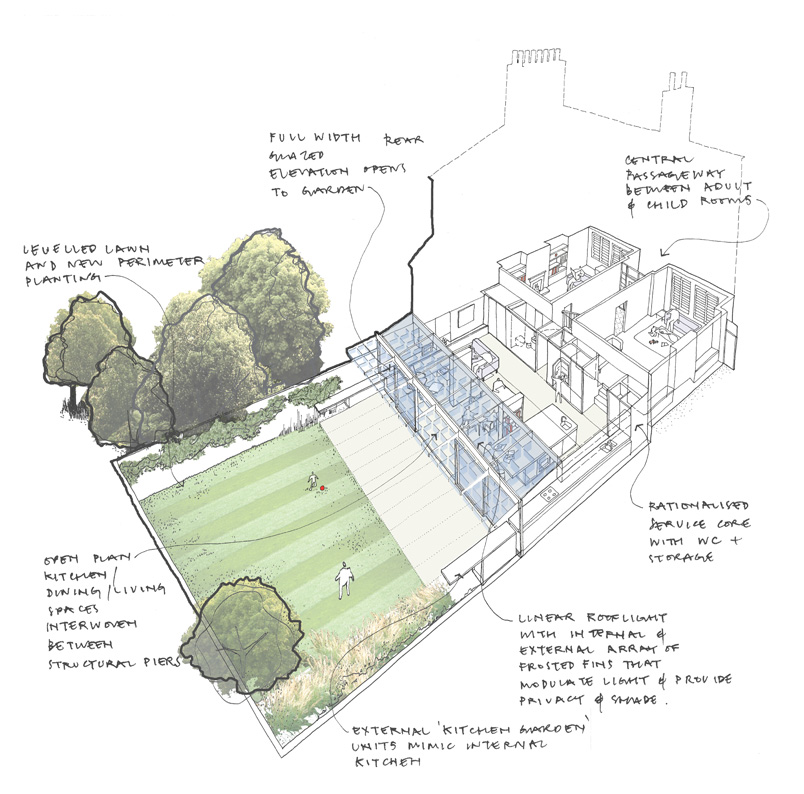 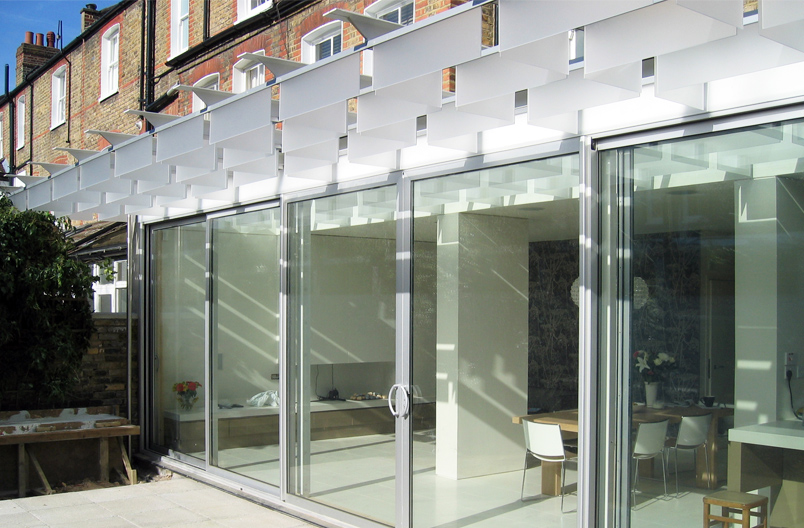 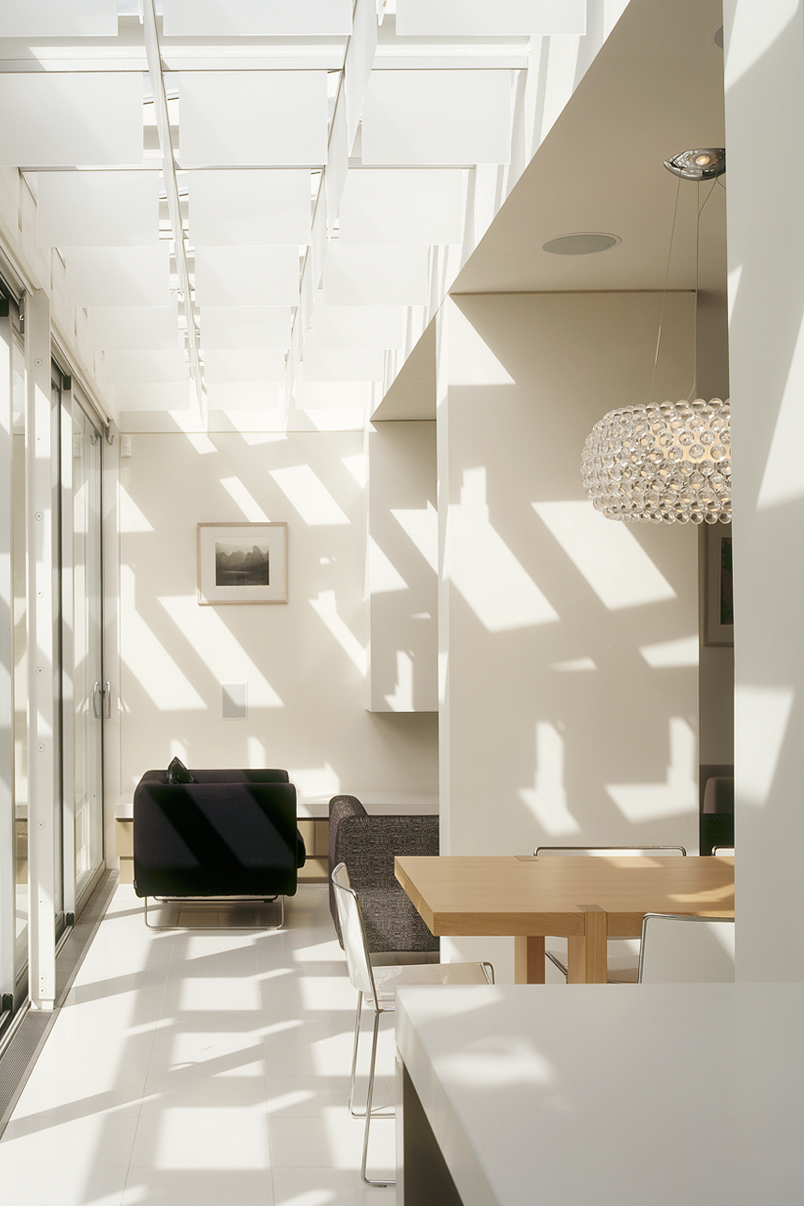 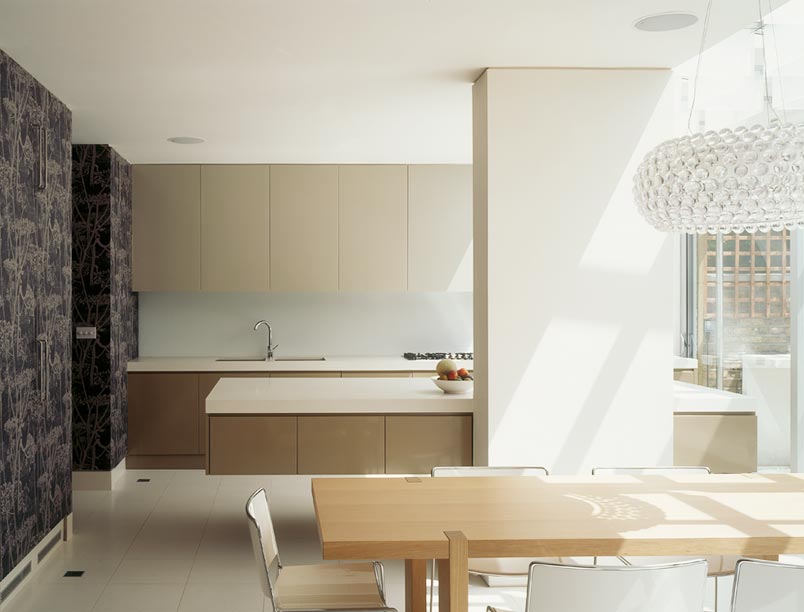 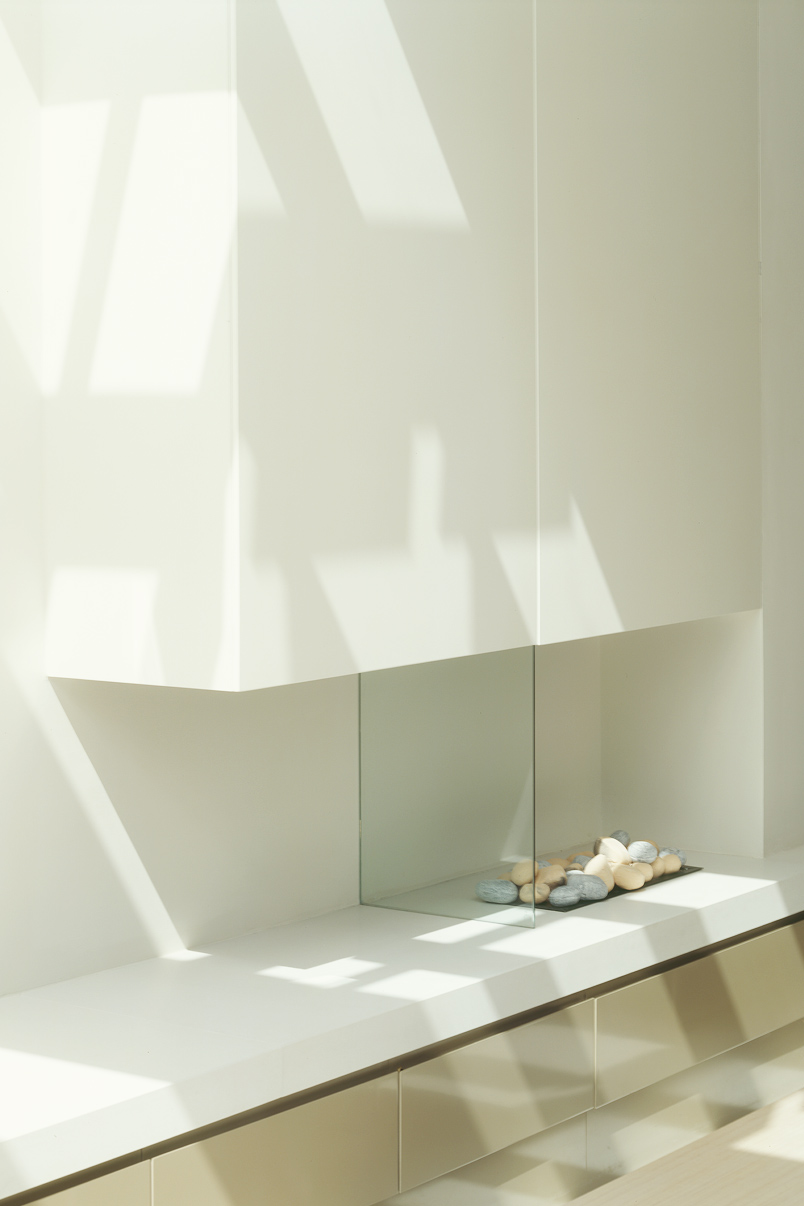 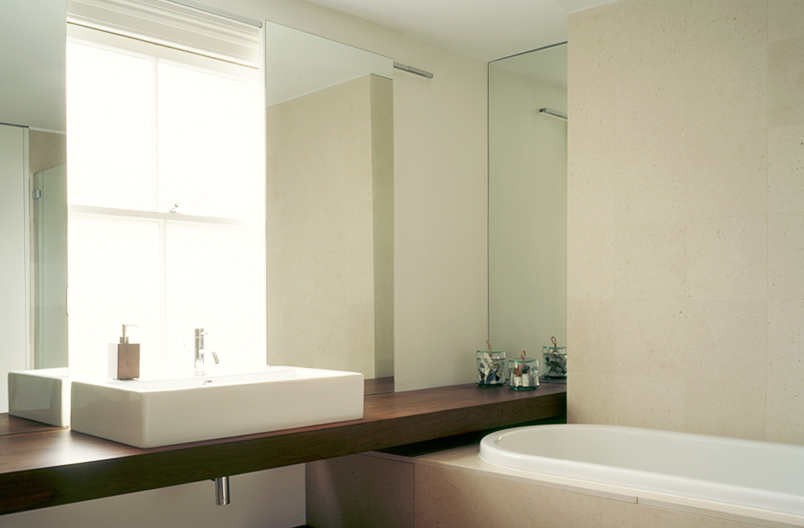